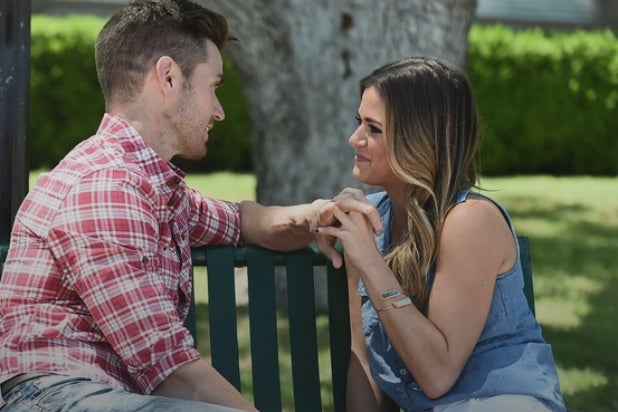 ABC and NBC tied atop the key 18-49 demographic Monday night, the opening evening of the 2016 Republican National Convention.

“The Bachelorette” was primetime’s best broadcast, while NBC had the most successful RNC coverage. ABC was first in total viewers overall.

ABC and NBC tied for first in ratings with a 1.5 rating/5 share in the advertiser-coveted 18-49 demographic. ABC was first in total viewers with 5.5 million total viewers, according to preliminary numbers. NBC was second with 5.2 million.

Telemundo was third in ratings with a 1.0/4, but fifth in viewers with 2.4 million. The finale of “El Senor de los Cielos” ruled the Spanish-language airwaves.

Fox was fourth in ratings with a 0.7/3 and in viewers with 2.6 million. “So You Think You Can Dance” was the only show on the network’s primetime schedule.

CBS and Univision tied for fifth in ratings, both with a 0.6/2. CBS was third in total viewers with 3.3 million, Univision was sixth with 1.7 million.

Also Read: Trump Defies Brian May by Using 'We Are the Champions' as RNC Walkout Song