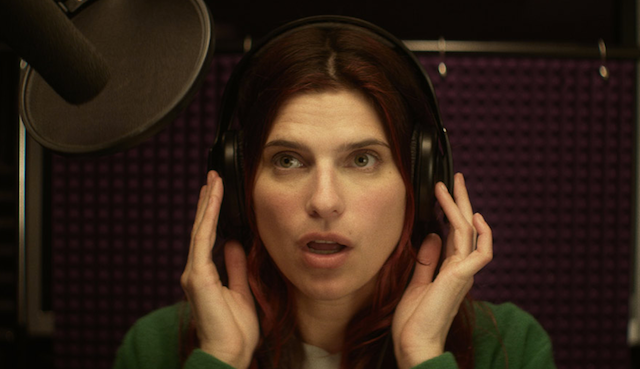 Roadside Attractions has acquired domestic distribution rights to “In a World,” the directorial debut of actress Lake Bell that premiered at this year’s Sundance Film Festival. Sony Pictures Worldwide Acquisitions has taken the international rights.

Bell also wrote the movie and won Sundance’s Waldo Salt Screen Writing Award for her script. Past winners of that award include Christopher Nolan for "Memento" and Noah Baumbach for "The Squid and the Whale."

The tale immerses the viewer in the world of movie trailer voice-over artists, as Carol (Bell) competes against a series of men to voice the new trailer of a blockbuster trilogy. The trailers are known for their catchphrase, "In a world…"

Ken Marino and Rob Corddry, Bell's co-stars in Adult Swim’s “Children’s Hospital," star in the movie, as does Fred Melamed.

“In a world where everyone loves a good laugh, Lake’s film represents the introduction of a major new comedic voice — a 21st Century Carole Lombard,” Howard Cohen, co-president of Roadside, said in a statement. “We think audiences around the country are going to love it as much as we and the audiences at Sundance did.”

Roadside, which was an aggressive buyer at the Toronto Film Festival, stayed out of the fray for most of Sundance. Cohen made this deal with UTA and plans a summer 2013 release. A troika of Sony executives negotiated on the studio's behalf.