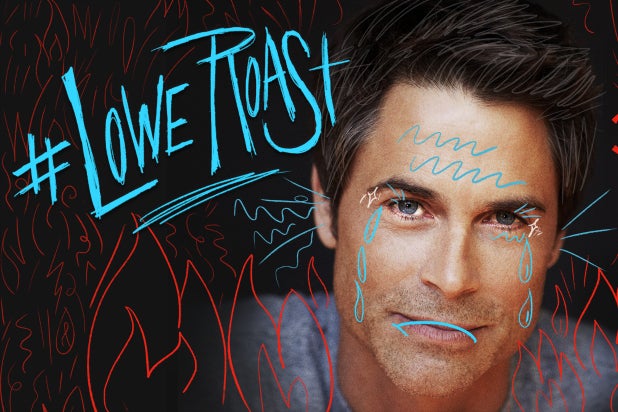 At least Rob Lowe still has one TV show — unfortunately, that’s only because the actor will be Comedy Central’s next Roast victim.

The “Comedy Central Roast of Rob Lowe” will take place this year in Los Angeles; its tape and airdate will be announced at a later date.

“What a thrill to once again be following in Justin Bieber‘s footsteps,” Lowe added. “I look forward to a night of hilarious jokes recycled from the ‘James Franco Roast.’ I would like to express my gratitude to the members of my family who have passed away and therefore will not have to endure what promises to be a very special evening.”

Lowe’s Fox sitcom “The Grinder” was recently canceled after just one season. His NBC comedy miniseries “You, Me and the Apocalypse” won’t return either.