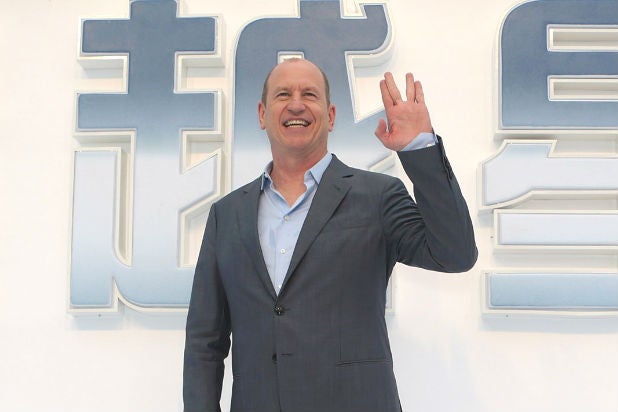 Paramount Pictures Vice Chairman Rob Moore is stepping down from his position at the company, TheWrap has learned.

The executive has been with the Viacom-owned studio since 2008 and oversaw worldwide marketing, distribution and home entertainment, among other departments.

Moore was a strong proponent of a possible minority-stake sale of Paramount to the Dalian Wanda Group, an individual familiar with the matter said. The current Viacom board — as decisive as ever — was strongly opposed, which led to the parting of ways.

Moore will not be replaced, the insider said, as studio Chairman and CEO Brad Grey feels confident in his senior leadership — Mark Evans, Motion Picture Group President, and Megan Colligan, President of Worldwide Marketing and Distribution.

Media reports suggested that in Moore’s absence, former 20the Century Fox Chairman and CEO Jim Gianopulous would step in for some kind of leadership role, though the individual said that was sheer speculation.

Moore had a hand in the launch of the “Transformers” franchise, several “Mission: Impossible” titles, the “Star Trek” reboot and the lucrative “Paranormal Activity” franchise.

Also Read: Why Viacom Killing the Paramount Sale Is A Big Mistake