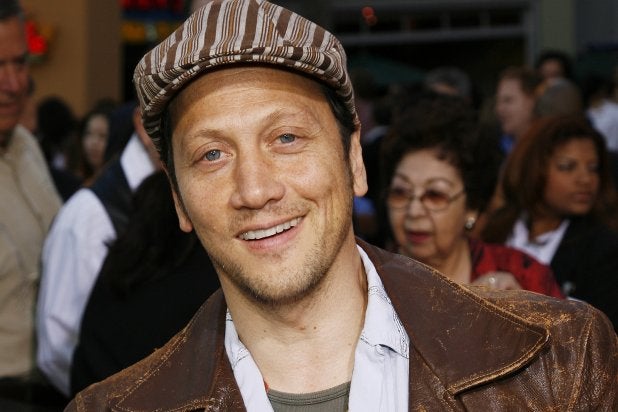 State Farm doesn’t want Rob Schneider anymore.  The insurance company pulled a commercial featuring him this week because of the comedian’s outspoken stance on vaccines.

Hint: He’s against them.

State Farm’s decision comes after a social media campaign called for the former “Saturday Night Live” star to be dropped as a spokesperson.

Schneider is not the only celebrity to ever be fired from an endorsement deal.

Here are 12 other celebrity spokespeople who had their contracts ripped up by the companies they were promoting after something they said or did.

Theron settled a $20 million lawsuit with Raymond Weil watches after the company claimed the actress breached her contract by wearing watches by Christian Dior and Montblanc while she was still a hired spokesperson for the luxury watch brand.

The rapper was dropped by Mountain Dew after he included lyrics about Emmett Till, an African-American who was murdered in Mississippi in 1955 at age 14, singing, “beat that pussy up like Emmett Till,” in his track “Karate Chop.”

Nike suspended its contract with Adrian Peterson after the NFL running back was indicted for allegedly abusing his son.

Kellogg’s decided not to renew its contract with the Olympic-swimmer after photographs surfaced of him apparently smoking marijuana.

H&M dropped Moss after she was caught on camera allegedly snorting cocaine.

Slim-Fast ended its relationship with Goldberg after she poked fun at then-President George W. Bush during a Democratic fundraiser.

Paula Deen and just about everybody

The long list of endorsement deals that Paula Deen lost in 2013 includes Target, Home Depot, Wal-Mart and Caesars Entertainment. Deen came clean about using a racial slur and it cost her not only her corporate sponsors but the Food Network show that made her famous.

Curtis became famous for his line, “Dude, you’re getting a Dell.” But after the computer company got word of their young spokesman allegedly buying weed in New York City, they parted ways.

After signing Madonna to star in commercials, including a spot that would feature her single “Like A Prayer,” Pepsi backpedaled on the deal once it saw the singer’s music video for her song. The cola maker pulled its ads with Madonna and never used her again.

Gottfried voiced Aflac’s iconic duck for several years but was let go by the insurance company after he sent out a slew of jokes on Twitter about the Japanese earthquake and tsunami.

The soft-drink giant yanked all of its TV spots featuring Ludacris, citing customer complaints about the rapper’s lyrics. The split, however, came very soon after Fox News commentator Bill O’Reilly called Pepsi, “immoral” for putting Luda in its ads.

Burt Reynolds and the Florida Department of Citrus

The agency responsible for Florida orange juice removed Reynolds from its TV ads after the actor’s divorce from Loni Anderson gained unwanted attention in the media.