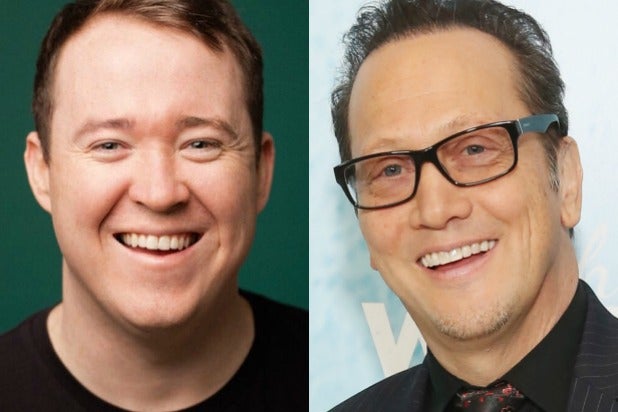 Rob Schneider apologized to fired “SNL” cast member Shane Gillis after the young comedian was let go over what the “Saturday Night Live” cast member from 1990-1994 called “the misfortune of being a cast member during this era of cultural unforgiveness.”

Gillis was fired Monday for using racist and homophobic slurs on his podcast. Shortly after his “Saturday Night Live” hiring was announced, videos of Gillis using the offensive language were resurfaced by Twitter users.

“As a former SNL cast member I am sorry that you had the misfortune of being a cast member during this era of cultural unforgiveness where comedic misfires are subject to the intolerable inquisition of those who never risked bombing on stage themselves,” Schneider posted to his Twitter followers on Monday evening, addressing and tagging Gillis.

“I think a suspension would be appropriate for someone who is part of an organization that says something terrible in a podcast from a year earlier,” he added in the early morning hours of Tuesday. “An honest, sincere apology and also accepting it seems appropriate as well. Destroying someone does not.”

“There’s a difference between exposing truths through Free Speech and just being ugly,” he said. “It’s not okay to say racist things under the guise of comedy. Just because you have a mic in your hand doesn’t make the racist things you say any less racist.”

Also Read: Shane Gillis Called Chris Gethard to Apologize for Referring to Him With a Homophobic Slur

“After talking with Shane Gillis, we have decided that he will not be joining SNL,” an “SNL” spokesperson said on behalf of Lorne Michaels. “We want SNL to have a variety of voices and points of view within the show, and we hired Shane on the strength of his talent as comedian and his impressive audition for SNL. We were not aware of his prior remarks that have surfaced over the past few days. The language he used is offensive, hurtful and unacceptable. We are sorry that we did not see these clips earlier, and that our vetting process was not up to our standard.”

Gillis responded to the firing in a tweet Monday: “I’m a comedian who was funny enough to get SNL. That can’t be taken away. Of course I wanted an opportunity to prove myself at SNL, but I understand it would be too much of a distraction. I respect the decision they made. I’m honestly grateful for the opportunity. I was always a Mad TV guy anyway.”

Last Thursday, when the videos were first brought to most of the public’s attention, Gillis said the below on Twitter.

I’m a comedian who pushes boundaries. I sometimes miss. If you got through my 10 years of comedy, most of it bad, you’re going to find a lot of misses. I’m happy to apologize to anyone who’s actually offended by anything I’ve said. My intention is never to hurt anyone but I am trying to be the best comedian I can be and sometimes that requires risks.

It’s worth pointing out here that Schneider is part-Asian.

In a second video from the same podcast episode, Gillis says, “An Asian trying to learn English bothers me more than someone listening to Lil Uzi Vert while I’m trying to eat f-ing dinner,” adding, “Nice racism. I love to be f-ing racist.”

All videos related to the podcast were deleted from YouTube soon after, but Vulture resurfaced several other instances of racist, sexist and homophobic comments, including a podcast episode in which Gillis disparaged female comedians and another in which he said comedians like Judd Apatow and Chris Gethard are white f–t comics” and “f-ing gayer than ISIS.”