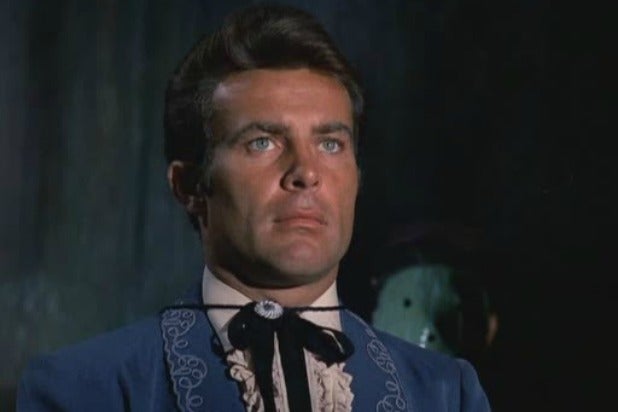 “He lived a wonderfully long life and while the family is saddened by his passing, he will live forever in their hearts,” family spokesman Jeff Ballard told People. He died from heart failure in Malibu, California.

Conrad was born in Chicago, Illinois, and worked as a milkman while pursuing a career as a lounge singer. He moved to Los Angeles in 1958 and began acting, signing to Warner Brothers Pictures and starring in the hit TV series “Hawaii Eye” in 1959.

He would go on to star in numerous TV shows and made-for-TV movies throughout the ’60s, ’70s and well into the late 1990s, including the “Mission: Impossible” TV series.

Conrad later starred in the World War II NBC action series “Black Sheep Squadron” as real-life Major Greg “Pappy” Boyington, for which he was nominated for a Golden Globe Award and won the People’s Choice Award. He also appeared on the big screen in films such as “The Lady in Red” and “Jingle All the Way.”

“Wild Wild West” was reimagined for the 1999 movie starring Will Smith, who passed up the chance to star in “The Matrix” in order to portray Conrad’s Jim West.

A recipient of the Distinguished Service Award in Broadcasting and an inductee of the Stuntman’s Hall of Fame, Conrad was a longtime supporter of amateur boxing, the Wounded Warriors Project, Paralyzed Veterans of America, the United States Marine Corps, and the Jimmie Heuga Endowment, which provides support to those affected with multiple sclerosis.

Conrad is survived by his eight children and 18 grandchildren. A small private service is pending for March 1, which would have been Conrad’s 85th birthday.