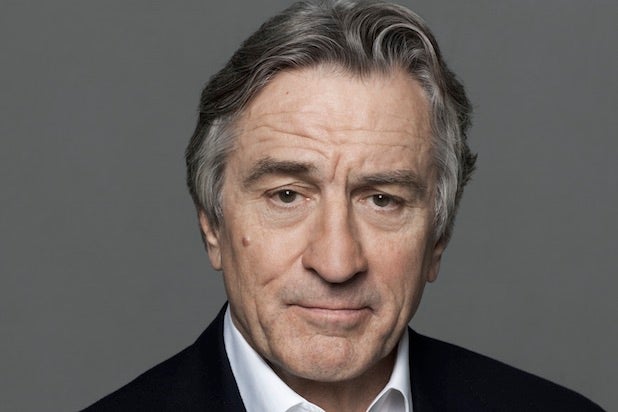 Photo by Brigitte Lacombe/Courtesy of Film Society of Lincoln Center

Robert De Niro has been accused by a former female vice president at Canal Productions of gender discrimination, harassment, unwanted physical contact and being verbally abusive in a new lawsuit, which De Niro’s lawyer has referred to as “beyond absurd.”

Graham Chase Robinson, who in 2017 was the vice president of production and finance at Canal Productions, filed the lawsuit Thursday in response to a previous lawsuit De Niro filed in August for $6 million, alleging that she embezzled money from the company and binge watched excessive amounts of “Friends” on Netflix while on the job.

Robinson says in the lawsuit that De Niro “took a page out of the Bill O’Reilly playbook and treated her as though she was his ‘office wife.'” She’s seeking $12 million in damages.

“For many, the ‘good old days’ were really the bad old days. Sexism and sex stereotyping were commonplace, and a patriarchal sensibility was pervasive among the nation’s powerbrokers,” the lawsuit reads. “Robert De Niro is someone who has clung to old mores. He does not accept the idea that men should treat women as equals. He does not care that gender discrimination in the workplace violates the law. Ms. Robinson is a casualty of this attitude.”

“The allegations made by Graham Chase Robinson against Robert De Niro are beyond absurd,” De Niro’s attorney, Tom Harvey, said in a statement.

Robinson began working for Canal Productions as an assistant in 2008, but upon becoming a vice president, she claims in the lawsuit that she was given responsibilities not commensurate with her title, assigned her stereotypical duties like housework and subjected her to unwanted physical contact and sexually charged comments.

Robinson also says that De Niro called her a “bitch” and a “brat” and called another female business partner a “c—,” and even looked the other way when another employee spanked her. She also claims that De Niro had her “scratch his back, button his shirts, fix his collars, tie his ties, and prod him awake when he was in bed.”

She further adds that she frequently threatened to quit but that De Niro always either offered her an opportunity to stay or threatened “repercussions” should she leave.

“In response, De Niro took a page out of the Bill O’Reilly playbook. Before Ms. Robinson could sue, De Niro retaliated. He had Canal sue Ms. Robinson in New York County Supreme Court and ensured that the suit would be widely publicized. The lawsuit is replete with ‘clickbait’ allegations that falsely characterize Ms. Robinson as a loafer, a thief, and a miscreant,” the lawsuit reads. “Now, when her name is Googled, these allegations pop up on the screen. The results have been devastating to Ms. Robinson. Her reputation and her career have been destroyed.”