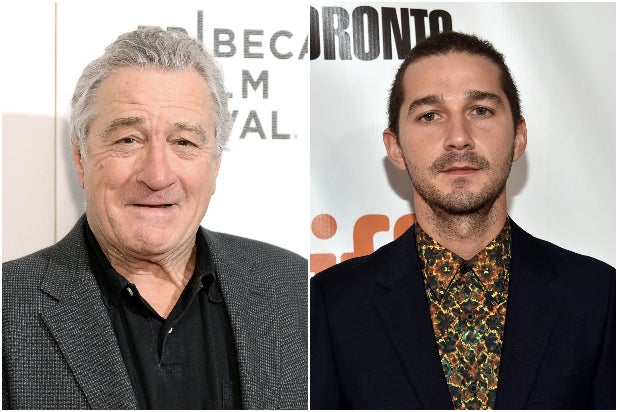 Robert De Niro and Shia LaBeouf are set to star in the crime drama “After Exile,” which is inspired by the true story of one of the film’s screenwriters, two individuals with knowledge of the project told TheWrap.

Joshua Michael Stern is directing the film from a script by Anthony Thorne and Michael Tovo, who wrote the film’s story based on true events from his life.

In the film, LaBeouf will play an ex-convict just released from prison after killing an innocent man following a violent robbery. He tries to re-enter society while working with his father, played by De Niro, to prevent his younger brother from falling into a similar life of drugs and crime. De Niro’s character is also an ex-con who years earlier lost his wife and still struggles with alcoholism and guilt, even as he hopes to prevent his sons from following his same path.

Filming is expected to begin on “After Exile” this October in Philadelphia.

De Niro will next be seen in Martin Scorsese’s “The Irishman” for Netflix and in the “Joker” movie starring Joaquin Phoenix. He’s represented by CAA.

LaBeouf stars in both “The Peanut Butter Falcon” and “Honey Boy,” which he wrote based on his own childhood and which premiered at Sundance earlier this year. He is represented by CAA, John Crosby Management and Matt Saver.

It might be nearly impossible to catalog all of Robert De Niro's finest roles across decades of being one of America's greatest actors. He has given audiences many of the most iconic movie lines of all time. Here are just a few of those greatest bits of dialogue.