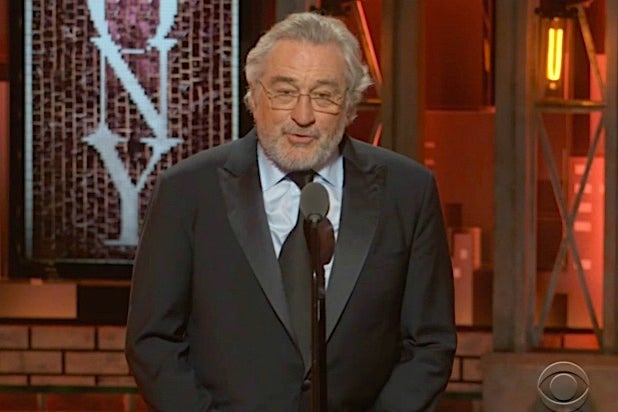 Robert De Niro is in talks to join Joaquin Phoenix in Warner Bros and Village Roadshow’s upcoming DC film “Joker,” a person with knowledge of the negotiations told TheWrap.

The role, which would see De Niro portray a talk show host who plays a role in the Joker’s origins, would be a rare departure from De Niro’s usual fare, having made a name for himself with films like “Raging Bull” rather than comic book movies.

But “Joker” is said to be different from other DC films like “Aquaman” and “Shazam” that are in the works. While those films are traditional superhero blockbusters, “Joker” is said to be a mid-budget crime thriller that uses Batman’s nihilistic archenemy as the basis for a dark character study.

De Niro has also starred in one of the films that is said to be an inspiration for this project: “King of Comedy,” a black comedy starring De Niro as a failed, delusional comedian who goes so far as to kidnap a late night talk show host so he can take his place and do an opening monologue on national TV.

Todd Phillips will direct the film from a script co-written with Scott Silver, who received an Oscar nomination for his screenplay for “The Fighter.” “Deadpool 2” and “Atlanta” star Zazie Beetz is also in talks to star in the film as a single mother in whom the Joker is interested.

Production for “Joker” is set to begin in New York in September, with a release date set for October 4, 2019. De Niro is repped by CAA.