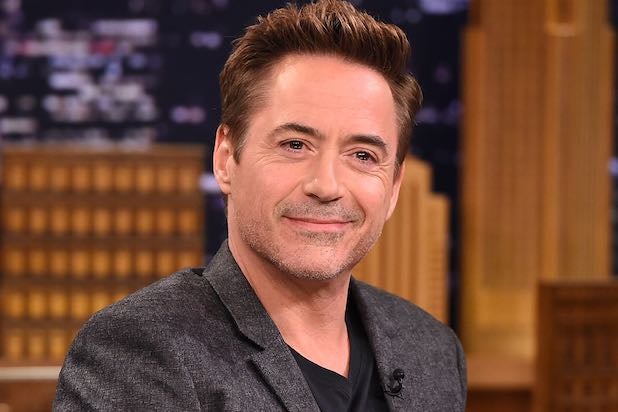 The wildcard in this image seems to be Choi, who was the inspiration behind Favreau’s 2014 comedy-drama “Chef” and also worked on the film as a technical adviser. The image is Downey’s way of teasing that Choi and Favreau are working on a new project together.

Choi also shared the photo on Instagram, telling his followers to “#staytuned” for more information about his upcoming collaboration with Favreau.

As the creator of the Kogi food truck company, Choi wrote a memoir/cookbook titled L.A. Son: My Life, My City, My Food, and has made numerous TV appearances.

Pinewood Studios Atlanta is currently the home of many Marvel movies, including “Ant-Man,” “Captain America: Civil War,” “Guardians of the Galaxy 2” and “Spider-Man: Homecoming.”

With “Homecoming” filming nearing an end, production for the studio’s next major project, “Avengers: Infinity War,” has already started picking up at Pinewood Studios.

Favreau will reprise his role as Happy Hogan in “Homecoming” alongside Downey Jr.’s Tony Stark for the first time since “Iron Man 3.”