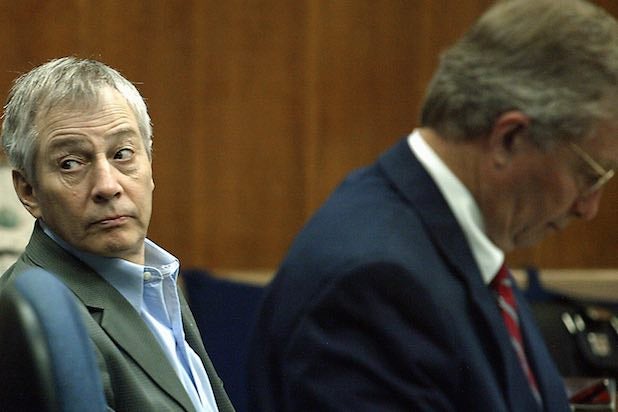 Robert Durst is back in court Thursday on weapons charges, and a new timeline of his arrest has emerged.

NBC’s Stephanie Gosk reported on “Today” that after the March 8 episode of HBO’s “The Jinx” showed evidence that appeared to link him to the 2000 murder of his friend Susan Berman, Durst stopped using his cell phone.

He then packed five suitcases, got in a car not registered to him, and bolted Houston heading east on Interstate 10. While Durst was on the move, police lost his cell phone signal.

Police scrambled to issue an arrest warrant, but couldn’t find Durst. He checked into the JW Marriot in New Orleans under the alias of Everett Ward.

In the hotel, police say Durst was preparing to run and possibly flee the country, possessing maps, money and a new untraceable cell phone.

NBC New reports the alleged murderer made a big mistake, using the hotel phone twice to check his voicemail—that’s how police tracked him.

While in New Orleans, Durst walked up to a jazz hall, telling the owner he’d like to come in but he couldn’t, then opening his jacket to show his semi-automatic weapon, according to the owner.

In addition to the guns and maps, police say they also found a flesh-colored mask with salt and pepper hair in his hotel room.