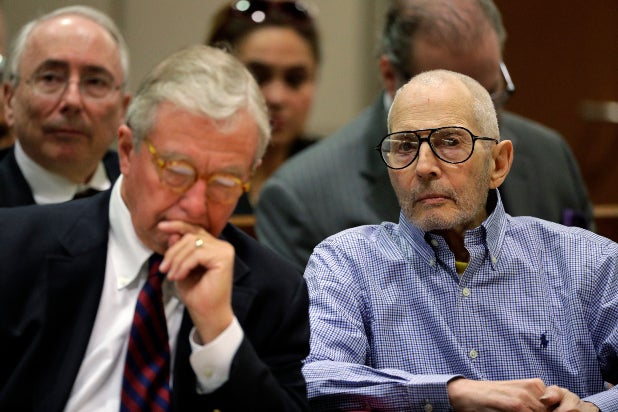 In a new motion filed on Monday, the Los Angeles County District Attorney argued that certain statements from a 2015 interview with prosecturs that Robert Durst, the real estate heir who is charged with the murder of Susan Berman, and his team are trying to get thrown out, doesn’t hold merit.

Durst’s team has been arguing that the March 15, 2015 interview should not be admissible, but, as the D.A. points out, the court has rejected those attempts. Durst’s team’s latest attempt has been to try and exclude certain statements, which the D.A. said in the motion are “completely unsupported by the facts and the law, and in addition, fail to meet even the most rudimentary standards for exclusion under EC 352.5.”

“As the Court is painfully aware, the admissibility of Defendant’s March 15, 2015 interview (“NOLA Interview”) has been challenged, litigated, and relitigated in every legitimate, and sometimes illegitimate, legal context. Defendant’s objections have been lodged, argued, and rejected by this Court in no less than six previous hearings,” the D.A. wrote in the filing. “In response to Defendant’s last attempt to prohibit the admission of the interview, the Court briefly stated on the record, but expanded off the record, that there were a few comments during the interview by Deputy District Attorney John Lewin which were subject to exclusion pursuant to California Evidence Code section 352.”

The murder trial against Durst who is accused for the murder of Susan Berman, will begin Feb. 10, 2020. He is scheduled to return to court Tuesday at 10 a.m. at the Los Angeles County Superior Court. The hearing on Tuesday will argue whether the statements should remain or not.

The D.A.’s office says Durst is charged with murdering Berman on or about Dec. 23, 2000. Her body was discovered in her Benedict Canyon home on Christmas Eve. Prosecutors claim Durst shot Berman in the back of the head to keep her quiet about the 1982 disappearance of his first wife, Kathleen McCormack Durst. Her body has never been recovered.

Durst was arrested in New Orleans on March 14, 2015 in connection with Berman’s death. His arrest came one day before the finale of HBO’s “The Jinx,” which chronicled Durst’s life and the death of three people close to him — his first wife, Berman and a neighbor in Galveston, Texas.

Durst has plead not guilty to killing Berman.