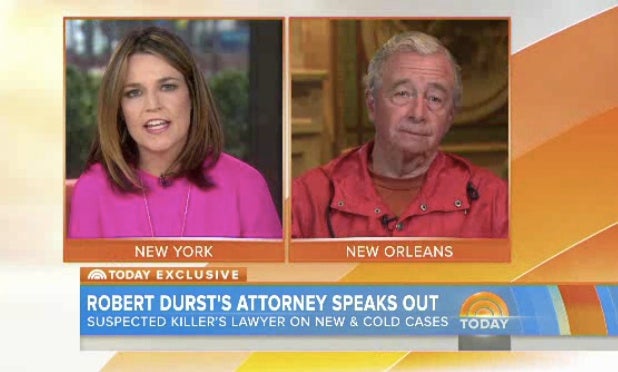 “That’s not a confession,” Durst’s lawyer Dick DeGuerin said on “Today” Tuesday regarding Durst apparently confessing to three murders. “He was tricked as he was told probably would happen.”

“There’s no question. It’s all in the editing. The editing was designed for good television, but it wasn’t designed to get to the truth,” DeGuerin said.

On the specific evidence against Durst, particularly letters that look identical; one sent by his friend Susan Berman’s killer, the other written by Durst, DeGuerin said he wasn’t going to litigate the case on the “Today” show.

He also said his client is not in good health. Durst was denied bail in New Orleans Monday.