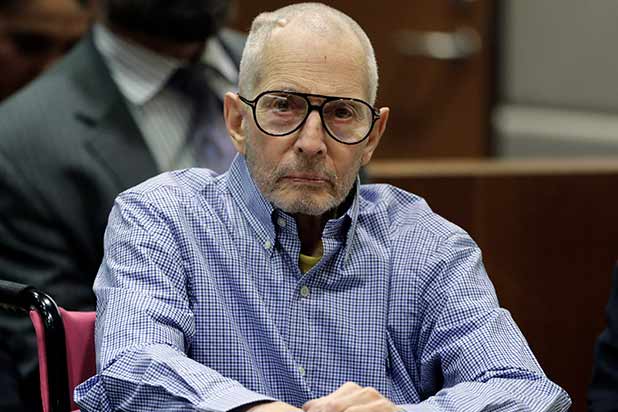 The murder trial of New York real estate heir Robert Durst won’t resume until April 12, 2021 due to the coronavirus pandemic, following the multimillionaire’s rejection on Friday to let a judge make a decision on his case sooner.

The case was scheduled to restart this month after several postponements due to the pandemic, but defense lawyers had objected over health concerns for themselves, jurors and Durst, who is 77 years old.

Durst, the real-estate heir and subject of the HBO docuseries “The Jinx” that aired recorded audio of him seeming to confess to killings, has pleaded not guilty for the 2000 murder of Susan Berman. His trial first began on March 4 but was soon postponed to April 6 due to the pandemic. By late March, a spokesperson for the Superior Court of California said that the proceedings would be delayed once again to May 26. The date had been postponed for a third time to June 23, and then again to July.

The judge had heard opening statements and two days of testimony before the case was suspended in March. The pandemic had also forced courthouses to close for all but essential matters.

Given all the delays, Durst’s legal team had requested a mistrial, according to the Los Angeles Times, and had stated in a motion that the length of time between the court appearances would not allow the real-estate heir to have a fair trial.

Durst was previously acquitted of murder in Texas after he said he killed and dismembered his neighbor, Morris Black, in self-defense in September 2001. He is also suspected of killing his first wife, Kathleen McCormack, who disappeared in New York in 1982 — however, Durst was never charged.

Durst was the subject of the 2015 HBO television series “The Jinx,” in which Durst was recorded saying “There it is, you’re caught… killed them all, of course.”