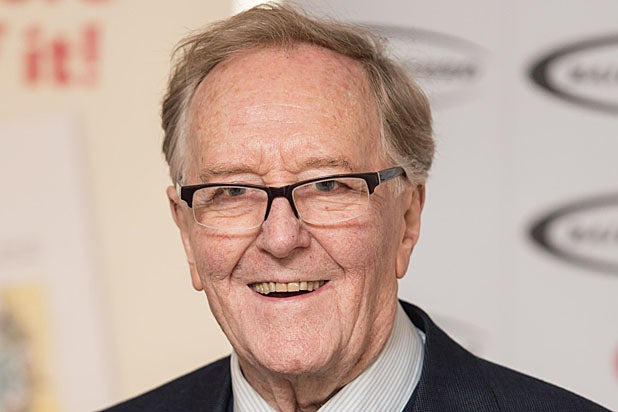 Robert Hardy, the actor best known for playing Cornelius Fudge in the “Harry Potter” film franchise, has died. He was 91.

Among his other famous roles were that of Winston Churchill (on multiple occasions), and as senior vet Siegfried Farnon on the classic British TV series, “All Creatures Great and Small,” based on James Herriot’s beloved novels.

Hardy’s death was confirmed by his children Emma, Justine and Paul, The Guardian reported Thursday.

“Gruff, elegant, twinkly, and always dignified, he is celebrated by all who knew him and loved him, and everyone who enjoyed his work,” they said in a joint statement.

“We are immensely grateful to the team at Denville Hall [a London retirement home for actors] for the tender care they gave during his last weeks.”

During his 70 year career, Hardy excelled on the stage, on TV and in movies.

Born in Cheltenham, England, his early years were spent at the Shakespeare Memorial Theatre in Stratford-upon-Avon, playing such iconic characters as Henry V and Sicinius opposite Laurence Olivier in “Coriolanus.”

From 1978 to 1990, he became the eccentric Siegfried in “All Creatures,” before going on to win over a new generation of fans in 2002’s “Harry Potter and the Chamber of Secrets.” He went on to reprise the role in “Goblet of Fire” and “Order of the Phoenix.”

Hardy also won acclaim for portraying Britain’s former war-time prime minister, most notably in the 1981 ITV series “Winston Churchill: The Wilderness Years,” for which he won a BAFTA.

His slew of TV and film credits include “Inspector Morse,” “Northhanger Abbey,” “Paris by Night,” “Manhunt,” “Lassie” and “Lucky Jim.”

He planned to become Churchill once again at age 87 in the stage production of “The Audience,” with Helen Mirren as Elizabeth II, but was forced to pull out because of injury.

Hardy is survived by his children Emma, Justine and Paul.