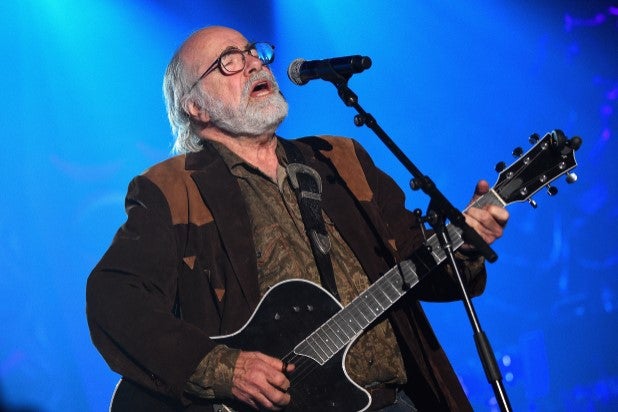 Robert Hunter, the songwriter who co-wrote Grateful Dead songs with Jerry Garcia, has died at the age of 78.

“It is with great sadness we confirm our beloved Robert passed away yesterday night. He died peacefully at home in his bed, surrounded by love. His wife Maureen was by his side holding his hand,” Hunter’s family said in a statement obtained by TheWrap.

“For his fans that have loved and supported him all these years, take comfort in knowing that his words are all around us, and in that way his is never truly gone.  In this time of grief please celebrate him the way you all know how, by being together and listening to the music.

“Let there be songs to fill the air.”

In addition to his work with the jam band legends, Hunter also worked with artist like Elvis Costello, Dead keyboardist Bruce Hornsby and Bob Dylan. With Dylan, Hunter co-wrote “Silvio” from 1988’s “Down in a Groove” and the two collaborated for most of Dylan’s 2009 album “Together Through Life.”

Born in 1941 as Robert Burns, Hunter first met Garcia in 1961. In 2013, Hunter received a lifetime achievement award for songwriting from the Americana Music Association. He released a bunch of solo albums as well.