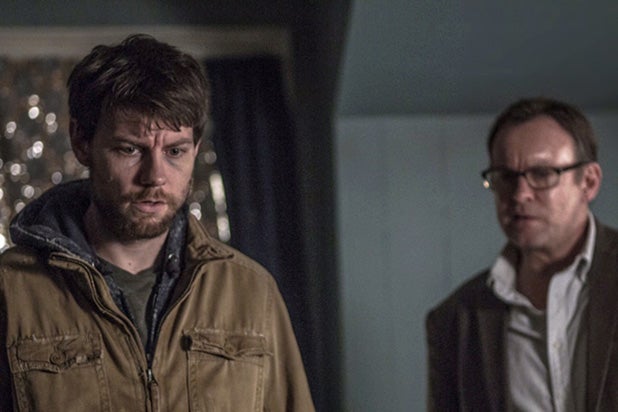 “There are no further plans for ‘Outcast’ at this time,” said a Cinemax spokesperson.

Cinemax had initially showed strong belief in the series, handing out a second season pickup before it even premiered. But the drama was plagued by a shift in strategy at the network. Season two, which didn’t air until two years after its freshman run, wrapped on Sept. 28.

The pilot, written by Kirkman, landed at Cinemax after it was shopped as a spec and developed at Fox International Channels.

Based on the comic from Kirkman and artist Paul Azaceta, the drama follows Kyle Barnes, a young man who has been plagued by demonic possession all his life. Now, with the help of the Reverend Anderson, a preacher who has personal demons of his own, Kyle embarks on a journey to find answers and regain the normal life he lost.

In what was probably a bad sign for the future of the show, the studio that produced “Outcast” — Fox International Studios — was shuttered at the end of last year.

Kirkman, best known for creating the comic book series “The Walking Dead” that the AMC drama is based on, currently has a deal with Amazon Studios. He already has an hour-long animated series, “Invincible,” which Amazon ordered in June.