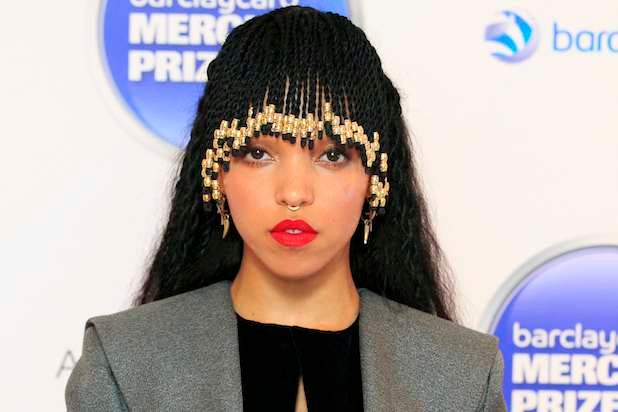 Robert Pattinson‘s rumored girlfriend, singer FKA twigs, is reporting a disturbing “amount of racism” being hurled at her through Twitter comments since the couple’s relationship gained publicity earlier this month.

“I am genuinely shocked and disgusted at the amount of racism that has been infecting my account the past week,” the 26-year-old English singer-songwriter, whose real name is Tahliah Debrett Barnett, tweeted Sunday. “Racism is unacceptable in the real world and it’s unacceptable online.”

Twigs, one of Billboard‘s “14 Artists to Watch in 2014,” is of Jamaican and Spanish descent. US Weekly first posted pictures of her out and about with Pattinson on Sept. 2.

The offensive tweets appear to be coming largely from Pattinson’s fans, as well as those of Kristen Stewart, the “Twilight” co-star he famously dated for years before Stewart’s public cheating scandal with “Snow White and the Huntsman” director Rupert Sanders ended their relationship.

Also read: ‘Django Unchained’ Actress Daniele Watts Under Scrutiny: Her Credibility Is Going to Be in the Toilet