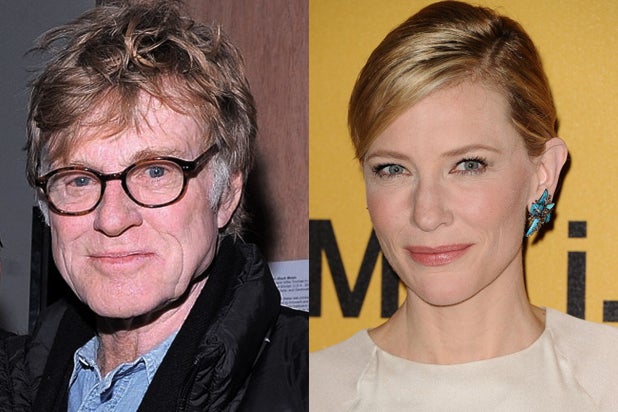 The scandal that derailed the career of a broadcast news legend will be told by an all-star cast. Robert Redford will play Dan Rather, and Cate Blanchett is in talks to co-star as his CBS News producer Mary Mapes in an adaptation of Mapes’ memoir “Truth and Duty,” an individual with knowledge of the project tells TheWrap.

“The Amazing Spider-Man” screenwriter James Vanderbilt is making his feature directorial debut on the project, which will be based on Mapes’ “Truth and Duty: The Press, The President, And The Privilege Of Power.” It will delve into the scandal behind Rather’s reporting on CBS’ “60 Minutes II” that President George W. Bush, running for reelection at the time, had years earlier received preferential treatment to join the National Guard and avoid being drafted to fight in the Vietnam War.

The documents Rather presented as authentic later turned out to have not been properly authenticated by CBS News. The resulting scandal caused Mapes her job and Rather the tarnishing of his decades-long reputation as one of America’s most trusted news anchors. Mapes has since doubled down on her belief that the documents were real and were never proven false.

No studio is attached to “Truth” yet, but filmmakers are eyeing a fall production start.