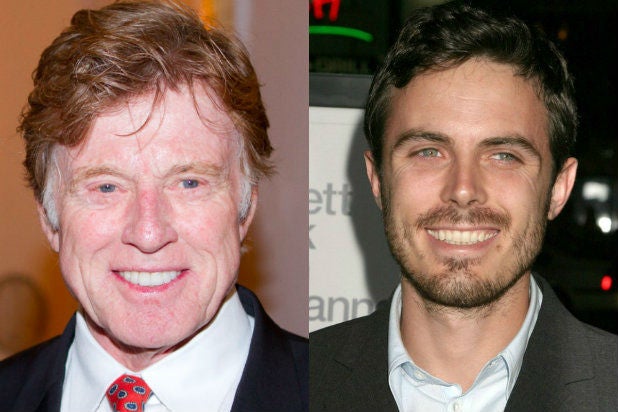 Robert Redford and Casey Affleck are suiting up for a crime caper told across decades.

In a deal packaged ahead of next week’s American Film Market, “The Old Man and the Gun” will be from director David Lowery, who last helmed “Pete’s Dragon.”

“Old Man” is based on 2003 New Yorker story by David Grann, about the true story of Forrest Tucker (Redford), “an outlaw with 18 successful prison breaks and a lifetime of bank robberies to his name.”

Lowery also wrote the screenplay, which will cover Forrest’s twilight years — from his escape from San Quentin State Prison at the age of 70 to an unprecedented string of heists.

Shooting starts next spring in Ohio. Rocket Science will handle international sales at AFM. WME and CAA are handling US domestic rights.

“With Casey Affleck hotly tipped for 2017’s Academy Awards, this is going to be a truly thrilling production,” said Rocket Science founder Thorsten Schumacher in a statement, referring to Affleck’s turn in “Manchester by the Sea.”

and are represented by WME. Redford is repped by WME and Jackoway Tyerman.

1. "The Hand That Rocks the Cradle" (1992) Starring Rebecca De Mornay as a babysitter gone psycho, this 1990s thriller contains many of the same elements as "The Girl on the Train": There's a baby, a nanny, an idyllic suburban setting, and a mentally disturbed lead character.
View In Gallery