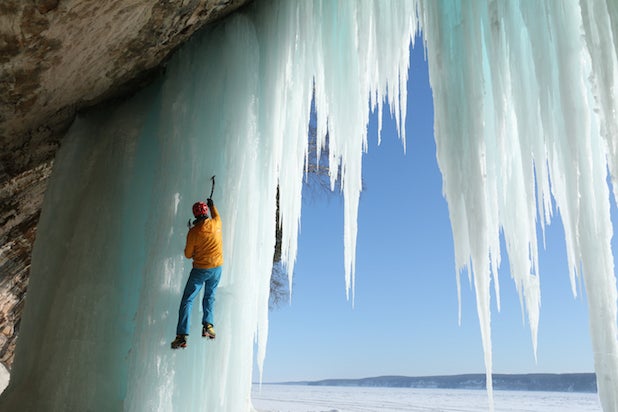 It has been in theaters for 41 weeks and surpassed political documentary “Hillary’s America” ($13.1 million) for a domestic total that now stands at $17.6 million.

An appreciation of the untamed wilderness to celebrate 100 years of America’s national parks, the movie was filmed with state-of-the-art IMAX 3D cameras, and has been praised by critics for its stunning visual beauty.

The film follows the expeditions of mountaineer Conrad Anker, adventure photographer Max Lowe and artist Rachel Pohl as they hike, climb and explore their way across the parks.

Fittingly Redford was recently bestowed the Presidential Medal of Freedom, and President Barack Obama noted his lifelong commitment to national parks preservation when he handed the 80-year-old actor and philanthropist his award.

“National Parks Adventure” has not been widely reviewed, but it currently enjoys a 100 percent rating on Rotten Tomatoes from five critics — all noting the film’s visuals.

You can still catch it in select theaters. Watch the trailer here:

Here are the five highest grossing documentaries of the year so far, according to comScore (domestic totals):