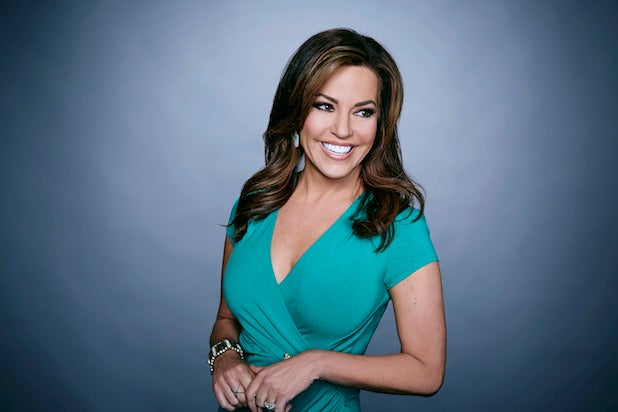 Most people would go all out to celebrate their 15th anniversary at a high-profile job, but HLN’s Robin Meade isn’t most people — her start date was Sept. 11, 2001.

“It’s painful to really sit and think about your emotions from that day,” the network’s weekday-morning anchor told TheWrap.

Meade spent her first day at CNN’s Atlanta headquarters, where she was set to make her HLN (then Headline News) debut at 9 a.m. ET — minutes after the first plane hit the World Trade Center’s north tower.

“I was busy doing what they call digitizing for 9 o’clock, so at 8:46 when the first one hit, I remember I was on the set getting stuff ready and I remember concern in the newsroom, but I immediately thought, ‘Oh, they must be having tower problems. That’s terrible. It must have been a small plane,'” Meade recalled. “When the second plane hit, the whole tenor of the newsroom changed.”

Meade was hired only a few days before the tragic attacks and had only been to the CNN headquarters as an official employee for computer training and HR paperwork before she returned on Sept. 11 for her scheduled on-air debut.

Meade said seeing the concerned faces of CNN veterans made her realize the gravity of the events.

“That’s when our whole world started to change,” Meade said. “It wasn’t clear what was happening. It wasn’t clear how many planes were still up there. They started grounding planes.”

Meade had relocated to Atlanta from Chicago only a few weeks prior and her husband was still back home tying up loose ends. If the Sept. 11 attacks and her first day at a new job didn’t cause enough anxiety, her husband supplied the rest.

“We lived in downtown Chicago, near the John Hancock Tower and what was the Sears Tower. I called him and I was like, ‘Look I can’t stay on the phone, but you need to drive to the suburbs for the day because we don’t know if all the planes are accounted for,'” Meade said. “His little act of defiance was to say no. I wanted him away from any tall buildings but he wouldn’t do it.”

Also Read: 9/11: America Will Never Forget, But Hollywood Can't Decide How to Remember

Things have since worked out for Meade and HLN, on which she is now the longest-running female host of a national morning news show. The only person to hold the title for a longer period of time is Matt Lauer on NBC’s “Today” show.

“Morning Express with Robin Meade” is up 19 percent in viewers and 11 percent in the key demo of adults age 25-54 since 2015. Meade’s book, “Morning Sunshine! How to Radiate Confidence and Feel It Too,” is a New York Times best-seller, and she even released a pair of country music albums.