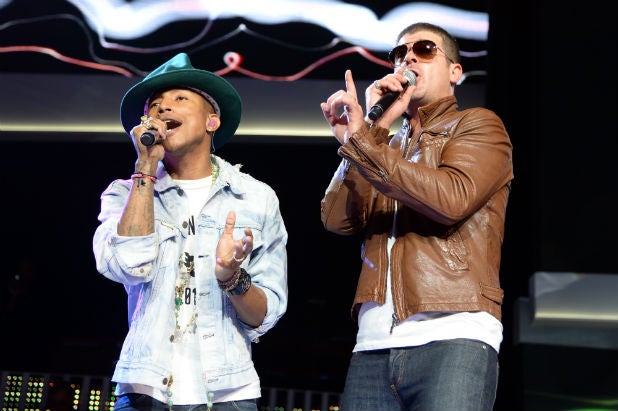 Get ready for another verse in the legal saga surrounding the hit song “Blurred Lines.”

The song’s writers, Robin Thicke, Pharrell Williams and T.I., have filed an appeal of the verdict in a copyright infringement case that determined “Blurred Lines” infringed on the Marvin Gaye song “Got to Give It Up.”

The notice of appeal was filed on Monday.

The high-profile trial, which wrapped up in March, resulted in a jury award of $7.4 million to Marvin Gaye’s family for infringement on the late singer’s 1977 song. That amount was later reduced to $5.3 million.

Following the March verdict, Gaye’s family said in an open letter that the trial was avoidable.

“Like most artists, they could have licensed and secured the song for appropriate usage; a simple procedure usually arranged in advance of the song’s release. This did not happen. We would have welcomed a conversation with them before the release of their work,” the family noted.

Marvin Gaye III’s attorney, Paul Philips, told TheWrap that he remains “confident” that the appeal will be without merit.

“The move to appeal our judgment is no surprise — it’s a common response made by the losing litigant. That said, we remain confident that the appeal will have no merit, and when it fails, the Thicke / Williams camp will find themselves faced with the same judgment they’re facing today,” Phillips said. “Meanwhile, the Gaye family’s entitlement to half of the ‘Blurred Lines’ royalties will have continued to grow over time. What I’m saying is that this appeal only delays the inevitable — we aren’t going anywhere.”