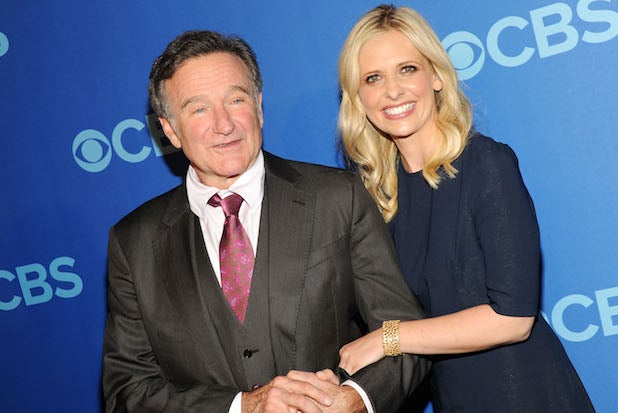 Sarah Michelle Gellar starred alongside Robin Williams on TV for just one year, but she will remember the experience forever.

Also read: Robin Williams’ Daughter: ‘I Love You. I Miss You. I’ll Try to Keep Looking Up’

Gellar, who played Williams’ daughter and advertising partner on CBS’ “The Crazy Ones,” issued an emotional statement through her representative early Tuesday morning, a day after Williams was found dead of apparent suicide in his Bay Area home. She also posted a collage of photos with the actor.

Their show was canceled after one season on CBS in May.

This is without question, the hardest few words I have ever tried to write. My life is a better place because I knew Robin Williams. To my children he was “Uncle Robin,” to everyone he worked with, he was the best boss anyone had ever known, and to me he was not just an inspiration but he was the Father I had always dreamed of having. There are not enough adjectives to describe the light he was, to anyone that ever had the pleasure to meet him. I will miss him everyday, but I know the memory of him will live on. And to his family, I thank them for letting us know him and seeing the joy they brought him.
Us Crazy Ones love you.
God, grant me the serenity to accept the things I cannot change, the courage to change the things I can, and the wisdom to know the difference.