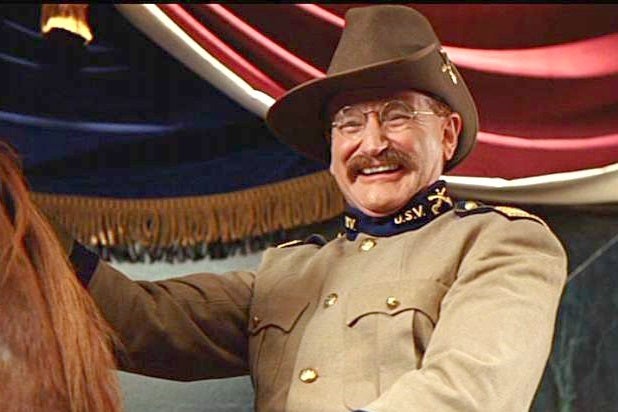 One of Robin Williams‘ final film performances was revealed on Thursday when a trailer for “Night at the Museum: Secret of the Tomb” hit the web.

Also watch: Robin Williams Remembered by Whoopi Goldberg, David Letterman: He Was Hard to Keep Up With (Video)

Stiller plays a dullard security guard harangued by his museum’s collection come to life, as the gang jets to London to face the likes of Rebel Wilson. The 20th Century Fox release hits theaters Dec. 19.

In addition to “Secret of the Tomb,” Williams saw a posthumous release in Joel McHale’s “Merry Friggin’ Christmas” on November 7. Finally, Williams’ voice will be featured in 2015’s “Absolutely Anything,” which also stars Kate Beckinsale, Simon Pegg and Eddie Izzard.

Williams, 63, was found dead in August inside his Marin County, Ca. home. Medical examiners officially ruled his death a suicide on Friday.