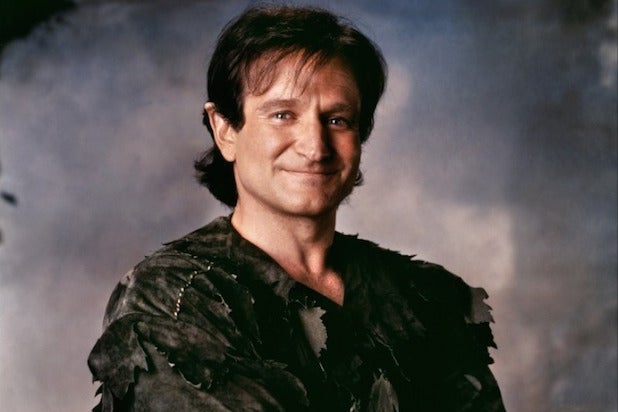 Apparently, Robin Williams wasn’t afraid to make an ass of himself if it meant pulling off a good prank.

Thomas Tulak, who played one of the Lost Boys in the 1991 film “Hook,” said Thursday that “Hook” star Williams mooned the cast on set to thwart director Steven Spielberg’s effort to establish order.

Tulak, who played Too Small in the film, relayed the tale during a Reddit Q&A.

Also Read: The Boy Who Inspired 'Hook' and 19 Other Little-Known Facts as Film Turns 25 (Photos)

Asked about his favorite memory of Williams, Tulak recalled, “I had the best time hanging out with Robin off set, more than anything that was actually on set.”

Then Tulak offered, “that, or the time he jumped on the top of the pirate ship and mooned the entire cast and crew, while Steven Spielberg was trying to gain control of the crowd… chaos ensued :P”

Tulak went on to recall how Williams, who took his own life in 2014 at age 63, “was dedicated to making every one around him happy. and he did so in spectacular fashion. he gave and gave of himself.”

Also Read: Robin Williams' Widow on His Struggle With Neural Disease: 'He Had Chemical Warfare in His Brain'

Asked what he would do if he was able to travel back in time, Tulak said, “[Probably] try to stay in touch with Robin over the years… I dunno if I coulda helped ease his depression, and save his life, but I would have wanted to try.”