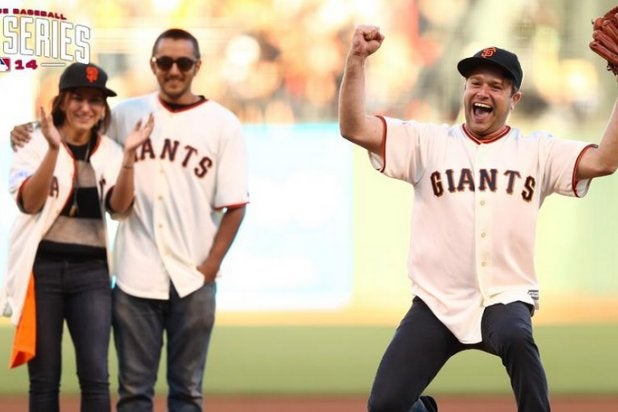 Baseball fans got a chance to remember San Francisco’s native son Robin Williams in a touching tribute to open Game 5 of the Fall Classic. The game opened with a video montage of some of his greatest moments across movies and television.

Afterward, Williams’ three children Zelda, Zak and Cody came out to throw the ceremonial first pitch, with Zak doing the hurling. Receiving the pitch was fellow baseball fan and one of Williams’ dearest and longest friends, Billy Crystal.

The Giants posted a statement from the Williams children via Twitter. “We are honored to be here in support of the tribute to our father, someone who loved his hometown and especially the Giants,” they said. “For all of us, it is a tremendous delight and a little surreal to throw out the ceremonial first pitch of a World Series game for our team to our dad’s best friend. We could not think of a better way to celebrate his memory. Let’s go Giants!”

Heading into Sunday night’s Game 5 with the Kansas City Royals, the best-of-seven contest is tied at two games apiece. The first pitch hasn’t yet been made available in an embeddable video format, but Major League Baseball has posted it on their website.

The Giants also featured a video of Robin Williams firing up the crowd from a few years back. See that video below.