Tina Turner, Carole King, The Go-Go’s, Jay-Z, Foo Fighters and Todd Rundgren make up the Rock & Roll Hall of Fame’s Class of 2021. In the performer category, at least.

Jay-Z, Foo Fighters, The Go-Go’s and King made it in on their first tries. 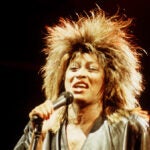 Also Read:
‘Tina’ Premieres to 1.1 Million Viewers, the Most for an HBO Doc Since 2019’s ‘Leaving Neverland’

LL Cool J was a returning nominee in the performers category, so that one depends how you look at induction.

Turner and King were technically already in the Rock & Roll Hall of Fame: Turner, with former collaborator (and former husband) Ike Turner, and King as a songwriter. 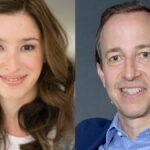 “This diverse class of talented Inductees reflects the Rock Hall’s ongoing commitment to honor artists whose music created the sound of youth culture,” John Sykes, chairman of the Rock & Roll Hall of Fame Foundation, said in a statement in Wednesday. “It will make for an unforgettable live celebration of music in October at this year’s Induction Ceremony in Cleveland.”

To be eligible for the Rock & Roll Hall of Fame, artists are required to have released their first record 25 years prior to induction. This year, ballots were sent to an international voting body of more than 1,200 artists, including current living Inductees, historians and members of the music industry. Factors such as an artist’s musical influence on other artists, length and depth of career and the body of work, innovation and superiority in style and technique are taken into consideration.