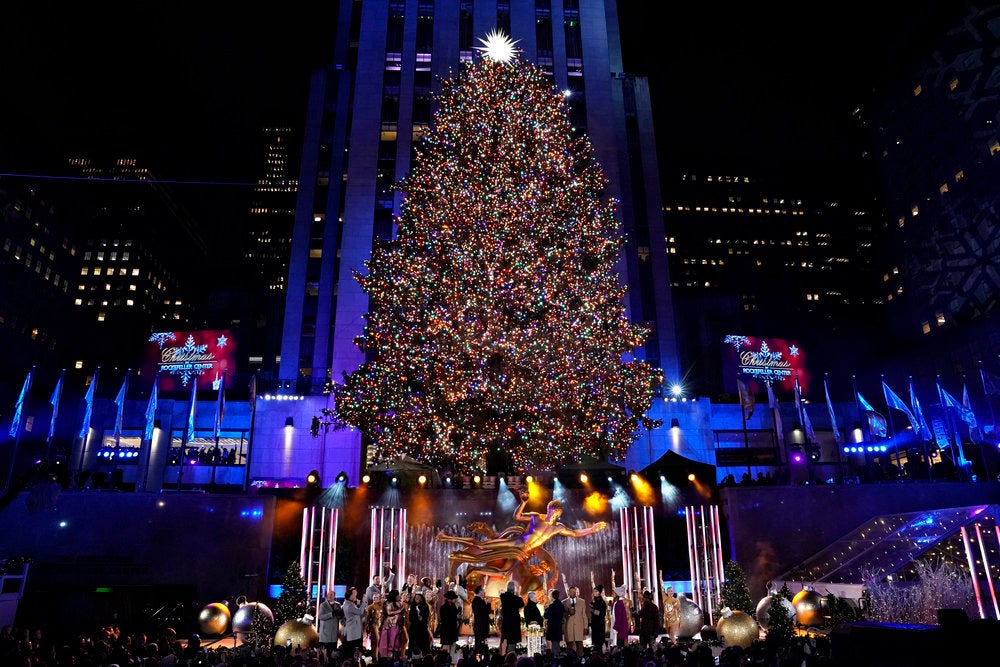 There’s been very little joy to the world in 2020, but hopefully the holiday season — and a COVID-19 vaccine — can bring back some optimism. What better place to start than Rockefeller Center in New York City? And while we’re here, let’s illuminate a huge evergreen tree.

NBC will light up the country’s Christmas tree, and hopefully children’s faces everywhere, with its “Christmas in Rockefeller Center” special on Wednesday, Dec. 2, airing from 8 p.m. ET/PT to 10 p.m. There is no encore scheduled.

For cord-cutters, the special will stream live on NBC.com and the NBC app, but there is no YouTube accompaniment. Multiple streaming services, like Hulu + Live TV, YouTube TV and Sling, to name a few, carry NBC — so there’s another option.

One alternative readers definitely do not have is to attend in person: There will be no public access to this year’s tree lighting ceremony.

While you won’t be there, “Today” show co-anchors Savannah Guthrie, Hoda Kotb, Craig Melvin and Al Roker will be, emceeing the festivities.

Prior to the primetime telecast, an early and additional live hour of the special will be broadcast on all NBC-owned stations and on many affiliates. The regional hour, which starts at 7 p.m. Manhattan time, will be co-hosted by Mario Lopez along with NBC4 New York’s Natalie Pasquarlla and David Usherye.

Following “Christmas in Rockefeller Center,” NBC will air the “Christmas Spectacular Starring the Radio City Rockettes – At Home Holiday Special.” That finishes out primetime at 10 p.m. local time, and that little programming note finishes out our “How to Watch” story.