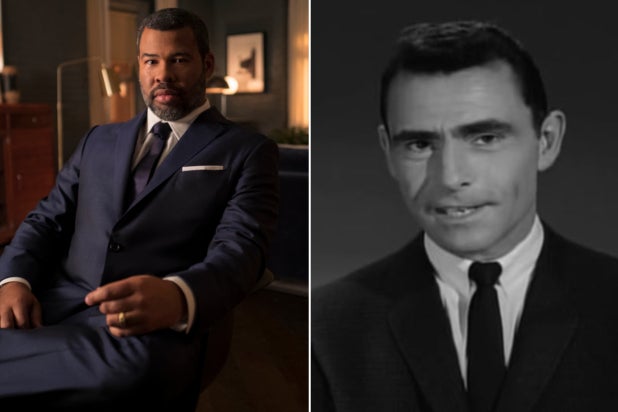 As CBS All Access gets ready to debut Jordan Peele’s heavily-anticipated reboot of “The Twilight Zone,” Rod Serling himself would be among those shocked to see that the 1960s-era black-and-white anthology series has stood the test of time.

Serling created the famed science-fiction series in 1959, and his daughter believes that he would be astonished to see how relevant it remains. “I’ve thought about how would he feel about this reboot or all this attention he’s getting, and I can tell you that he would be stunned,” Anne Serling told TheWrap. “He didn’t think that his writing would stand the test of time.”

Serling’s original series ran for 156 episodes from 1959 to 1964 and used socially-conscious storytelling to explore the human condition and culture of the times. However, 44 years after Serling’s death, his creation remains as relevant as ever. This is the third attempt at a reboot, following earlier efforts in 1985 and 2002.

“He dealt with human issues and themes that are still so prevalent today, like racism and mob mentality,” Serling continued. “We don’t seem to be able to move ahead and change.” Even the phrase — “feels like I’m living in the Twilight Zone” — is often used to describe how many feel about the current state of the world.

“I can tell you [my dad] would be absolutely apoplectic about what’s happening in the world today. And deeply saddened,” she said. “There are moments that I’m glad he’s not here to see.”

However, she feels that if anybody is going to do a proper reboot, it’s Peele. After all, both of his movies, “Get Out” and “Us,” could be considered feature-length “Twilight Zone” episodes. “He realizes this is a challenge. I think he’s sensitive to that and I know that he does revere my dad, which would, of course, have to be a prerequisite,” she said. “Certainly [my dad] would have a great deal of respect for Jordan Peele, I’m sure.”

Not only is Peele executive producing the show, but he’s also literally stepping into the role Rod Serling made famous, serving as host and narrator. Glen Morgan, who serves as showrunner on the series, said that Peele nails the role and would make Serling proud.

“You watch Rod Serling and he has mischief in his delivery,” Morgan told TheWrap. “There’s a twinkle in his eye and Jordan has that too.” The CBS All Access reboot is also chock full of winks and nods to Serling’s original creation, including Serling himself.