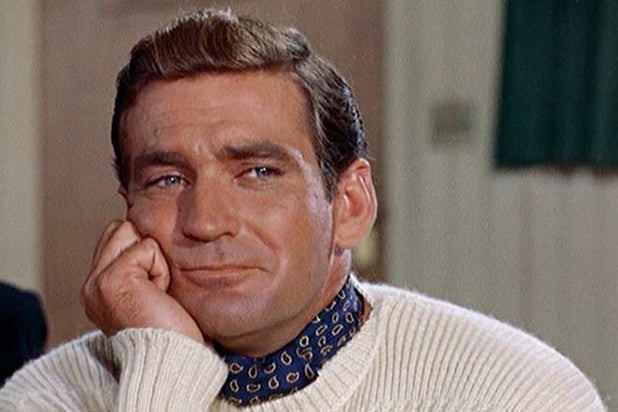 Actor Rod Taylor, who starred in “The Time Machine” and opposite Tippi Hedren in “The Birds,” died in Los Angeles on Wednesday of natural causes. He was 84.

The Australian-born actor’s career spanned over six decades, but his first big break came in 1960 when he starred in the George Pal-directed adaptation of “The Time Machine.” In 1961, he voiced Pongo in the animated Disney’s classic “101 Dalmatians.”

But his most iconic role was as Mitch Brenner in Alfred Hitchcock‘s 1963 horror classic “The Birds.” Taylor and Hedren spent much of the film running from menacing flocks of birds, which went on an inexplicable rampage against a quaint island town.

“There are so many incredible feelings I have for him. Rod was a great pal to me and a real strength, we were very, very good friends,” Hedren said of her co-star in a statement given to People. “He was one of the most fun people I have ever met, thoughtful and classy, there was everything good in that man.”

The actor had a prolific television career in the later decades of his career. He starred on ABC’s “Masquerade” and CBS’s “Outlaws” and “Falcon Crest.” He would later have multi-episode runs on two other CBS shows, “Murder, She Wrote” and “Walker, Texas Ranger.”

Taylor was surrounded by friends and family when he died and is survived by his wife, Carol, and their daughter, Felicia.

“My dad loved his work. Being an actor was his passion — calling it an honorable art and something he couldn’t live without,” Felicia, a former CNN correspondent, said in a statement.

“He once said, ‘I am a poor student sitting at the feet of giants, yearning for their wisdom and begging for lessons that might one day make me a complete artist,” she added, “‘so that if all goes well, I may one day sit beside them.'”