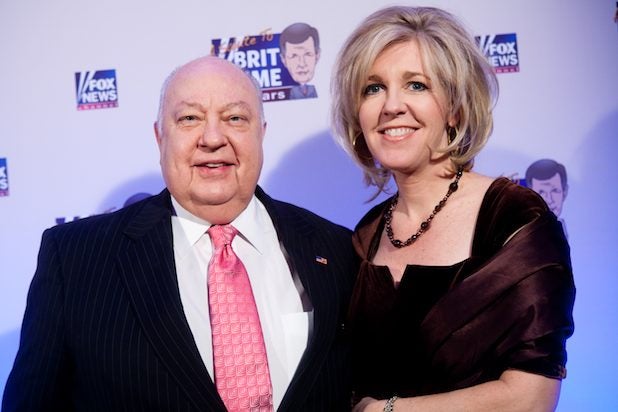 Roger Ailes, Fox News Channel president and chairman of Fox Television Stations Group, will most likely not be pleased when Gabriel Sherman’s 560-page book, “The Loudest Voice in the Room,” hits shelves on Jan. 21, because it appears to be packed with explosive allegations.

According to a New York Times’ early review of the biography by the New York magazine contributing editor, Ailes’ rise to the top of one of the biggest names in cable news was filled with drama, as well as a few abuses of his power. The author conducted over 614 interviews for the book, which Fox News said was not fact-checked with its network.

Here are the five biggest bombshells about the powerful 73-year-old Fox executive that have been revealed in Sherman’s book (so far, at least):

1. Ailes tried to pay a female television producer for sex while negotiating her salary at NBC in the 1980s
Sherman includes an accusation from television producer Randi Harrison, who says Ailes offered her an additional $100 a week, on one condition: “If you agree to have sex with me whenever I want.”

3. Despite Fox News’ claims that Ailes had nothing to do with a four-minute video criticizing President Barack Obama’s policies that was aired on “Fox & Friends” at the start of the last presidential election, of course he did
In fact, Sherman writes the video that outraged Obama’s supporters “was Ailes’ brainchild.”

4. Anyone who doesn’t think Fox News is trying to broadcast propaganda in favor of the Republican party is, well, wrong
“I want to elect the next president,” Sherman quotes Ailes as telling fellow Fox News executives.

5. During his time as a high-ranking executive at NBC, Ailes was locked in a power struggle with fellow NBC executive David Zaslav, and even hurled anti-Semetic remarks at his rival in a meeting after telling friends at a dinner, “Let’s kill this S.O.B.”

Zaslav has denied these allegations to both the Times and Sherman. “We fought with each other and we fought with a lot of other people,” he said Tuesday in a phone interview. “But this allegation is false.” He added that he and Mr. Ailes were now friends.

But an investigation for the network, carried out from a partner from the firm Proskauer Rose and cited by Sherman, concluded Ailes did drop an obscene phrase with the words “little” and “Jew,” while  Bob Wright — the former chairman and chief executive of NBC who was Mr. Ailes’ boss at the time — is quoted in the book as saying, “My conclusion was that he probably said it.” The Daily Beast notes, however, that Wright is “a longtime Ailes detractor.”

For the record, a spokeswoman from Fox News told the Times: “These charges are false. While we have not read the book, the only reality here is that Gabe was not provided any direct access to Roger Ailes and the book was never fact-checked with Fox News.”

Meanwhile, a spokeswoman from publisher Random House told the Times that the book is “an objective and rigorously reported account of Roger Ailes’s life and his running of Fox News. We fully stand by the book. If anyone has issues with it, we will respond with the facts as Gabe Sherman has reported them.”