Roger Angell, who was a sports journalist for The New Yorker for over six decades, died in his Manhattan home on Friday. He was 101.

Angell had a long association with The New Yorker. His mother, Katharine Sergeant Angell White, was one of the magazine’s first editors and his stepfather, the essayist E.B. White, frequently contributed to the magazine. 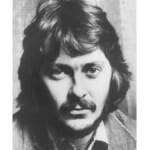 He began his own career at The New Yorker in 1944, when the magazine published a short story that he wrote. In 1956, he joined the staff full-time as a fiction editor, and in 1962, he began writing about baseball. He was still writing for the magazine when he reached 100 years old.

Angell was often referred to as the poet laureate of baseball though he rejected that title, insisting he was simply a journalist who wrote about baseball like a fan.

His writing has been compiled into several books such as, “The Stone Arbor and Other Stories” and “A Day in the Life of Roger Angell.”  In 2015, he won the National Magazine Award for his deeply personal piece “This Old Man.”

Angell was married three times and had three children. He is survived by his son and stepdaughter, his brother Christopher, his sister Abigail Angell Canfield, three granddaughters and two great-granddaughters.