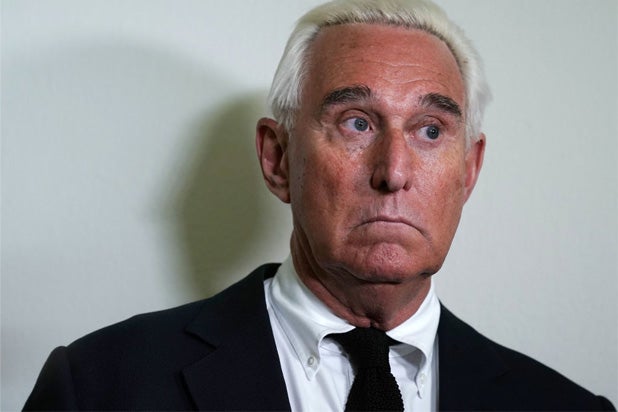 Roger Stone, a former aide and friend of President Donald Trump, was found guilty on Friday on all federal counts in a trial stemming from special counsel Robert Mueller’s Russia investigation.

A jury in a Washington, D.C., federal court found Stone guilty of providing false statements to the House Intelligence Committee about contact with WikiLeaks, obstructing a congressional investigation of Russian election interference, and witness tampering.

Evidence gathered by the court shows that Stone, leading up to the 2016 election, sought to obtain emails that Russia had stolen and “funneled” to WikiLeaks, which released them at times designed to damage Hillary Clinton’s presidential campaign, according to the New York Times. Stone would then alert the Trump campaign on WikiLeaks’ plans, according to the lead prosecutor.

The jury had deliberated for seven hours over two days, according to Times.

Stone joins Michael Flynn, Michael Cohen, George Papadopoulos, and Rick Gates as Trump associates who have been convicted for lying to federal authorities.

Following the conviction, Trump tweeted that Stone’s verdict was a “double standard” and accused figures like Robert Mueller, Adam Schiff, James Comey, and Clinton of lying themselves.