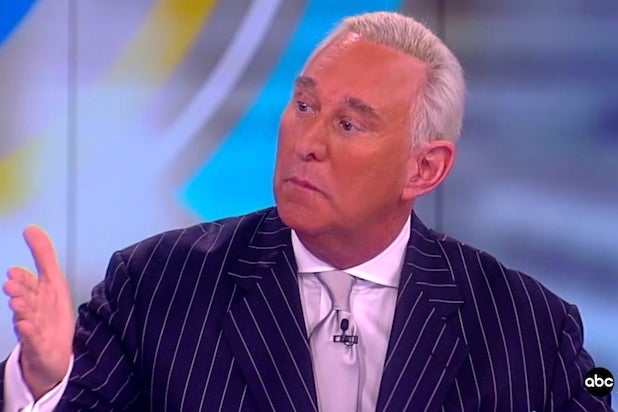 Stone’s foul-mouthed Twitter rant came when news broke Friday night that Robert Mueller will be filing the first charges of his five-month-long investigation into Russian collusion by the Trump campaign 2016 election.

Twitter first informed Stone that he had been suspended for just a few hours. “While I am uncertain why, sometimes the stark truth offends some people,” he told TheWrap. “No [sic] surprising — it took me 2 years to get verified.”

But hours later, he was “permanently suspended.” What changed? Stone’s not sure. 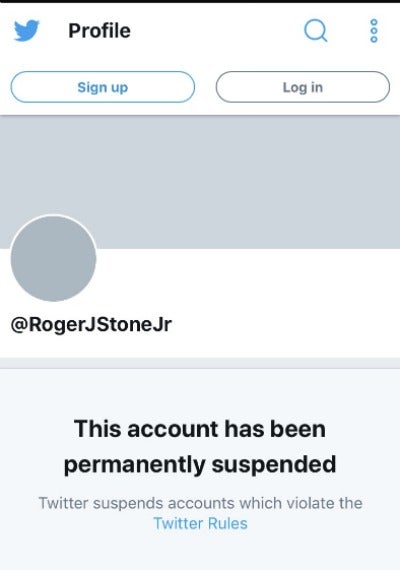 “I was informed that I was suspended for three hours and 22 minutes,” he told TheWrap, “yet my Twitter feed is still not functional. Several media outlets are reporting that I have been permanently banned but Twitter has not informed me that that is the case.”

A Twitter spokesperson tells TheWrap that although they cannot comment on individual accounts, their policy on “abusive behavior” includes “behavior that harasses,” which may result in suspension.

Stone launched a NSFW attack on the CNN figures reporting the news of Mueller’s approved first charges, singling out anchor Don Lemon as “a buffoon,” an “ignorant lying c–sucker,” and “dumb piece of s–.”

He also called for Lemon — who this week reported death threats made against him to the New York Police Department — to “be confronted, humiliated, mocked and punished.”

He also suggested that there would be a “swift” “house cleaning” at the network once AT&T completes its planned merger with CNN parent company Time Warner.