Two Roger Waters concerts set for April in Krakow, Poland, have been canceled by city officials who cite his views on Russia’s war with Ukraine.

“He doesn’t realize the truth,” Councilman Lukasz Wantuch told The Associated Press. “He doesn’t understand what is going on in Ukraine.”

Waters, a former and founding member of the rock band Pink Floyd, has said the Russian invasion of Ukraine was the fault of NATO and Ukraine. In an open open letter to Ukraine first lady Olena Zelenska this month, Waters blamed Ukrainian “extreme nationalists” for setting “your country on the path to this disastrous war.” He also pointed to the United States’ and much of the rest of the West’s supplying of Ukraine with weapons. 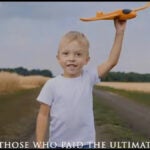 Wantuch said Waters was free to perform in the city’s private venues but that Krakow would not allow their facilities to be used by someone with views so objectionable to the people of Poland.

“You are calling on the West to cease military aid, which in fact means the capitulation of Ukraine,” Wantuch wrote Monday on Facebook. “Ukraine will not give up, it will fight, but because of people like you, because of what you say and write, it will be a much harder fight.”

Wantuch, who according to The Associated Press has been on 27 humanitarian missions since Russia invaded Ukraine, also led an initiative to declare Waters “persona non grata” in Krakow, but nevertheless invited Waters to tour war-torn areas of Ukraine with him. 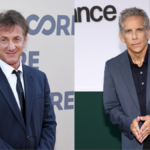 A vote on the initiative remains scheduled, the AP reported.

News of the concerts’ cancellations broke over the weekend through Polish media, which first reported that Waters’ management had initiated them because of backlash in the country over his Russia-Ukraine views. Water then denied the reports Sunday and accused Wantuch of a “draconian censoring of my work.”

“Wantuch seems to know nothing of my history of working, all my life, at some personal cost, in the service of human rights,” Waters wrote on Facebook.

The European leg of Waters’ “This Is Not a Drill Tour” kicks off on in Lisbon, Portugal, next March and will follow a 31-date tour of North America, which includes upcoming stops in Los Angeles and Las Vegas before ending next month in Mexico City. 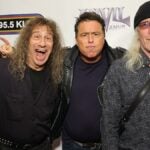