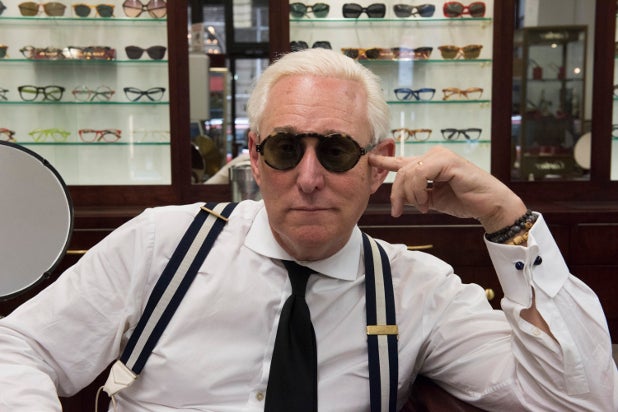 Roger Stone said the parents of murdered Democratic National Committee staffer Seth Rich “should be charged with obstruction” after penning a Washington Post op-ed asking for the media to stop politicizing their son’s death.

“Their right to privacy is important, but not as important as the public’s right to the truth,” Stone told the Miami New Times. “Frankly, at this point, the parents should be charged with obstruction.”

Many right-leaning media outlets have floated unsubstantiated theories that Rich provided WikiLeaks internal DNC emails, and that he may have been killed in retribution. Rich was shot to death last July in Washington, D.C., in what police have investigated as a robbery gone wrong.

Rich’s family blasted Fox News and other outlets for promoting unfounded versions of the story.

“It’s sad but unsurprising that a group of media outlets who have repeatedly lied to the American people would try and manipulate the legacy of a murder victim in order to forward their own political agenda,” a spokesman for the Rich family told Business Insider. “I think there is a special place in hell for people like that.”

Earlier this week, Fox News retracted a story about Rich, saying it did not meet the network’s “high degree of editorial scrutiny.”

“On May 16, a story was posted on the Fox News website on the investigation into the 2016 murder of DNC Staffer Seth Rich. The article was not initially subjected to the high degree of editorial scrutiny we require for all our reporting,” the network said in a statement released Tuesday.  “Upon appropriate review, the article was found not to meet those standards and has since been removed. We will continue to investigate this story and will provide updates as warranted.”

“Nothing the intel community says can be relied on given their track record of lies,” Stone told the local Miami paper, adding that Fox News was “wrong” to retract the story.

Stone, who is the subject of a recent Netflix documentary titled, “Get Me Roger Stone,” has been a polarizing figure in political circles since the Nixon era.