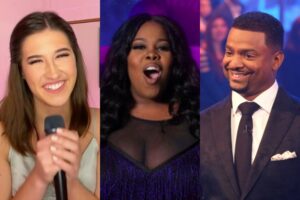 Why Roku Is ‘Relatively Fortunate’ During the Pandemic

While ad sales could take a hit in the short-term, CEO Steve Louden says the coronavirus outbreak ”will accelerate the trends towards streaming in the long-run“

There was something for investors to both smile and cringe at when Roku reported its Q1 earnings on Thursday.

On the one hand, the company, best known for its streaming players, continued to see viewers spend more time than ever streaming content. Thanks in part to widespread stay-at-home orders, Roku said its viewers watched 13.2 billion hours of content during Q1 — up 49% from the same time last year, and equivalent to each active account watching 3.75 hours of content per day. That’s a lot of streaming. Overall, Roku added 2.9 million new accounts, putting the company on the verge of hitting 40 million active accounts overall.

On the other hand, while its advertising revenue increased dramatically from last year, Roku warned its ad business experienced an increase in cancelations due to the pandemic towards the end of Q1. This is likely the key reason Roku’s stock — which, heading into earnings, increased from $88 per share to $137 per share in the last month  — dropped 8% on Friday.

To review both the company’s first quarter and its plans for the rest of the year, TheWrap briefly touched base with Roku CFO Steve Louden. As Louden sees it, the potential ad downturn is more than offset by Roku gaining more viewers due to mass quarantining.

“Roku’s more relevant than ever,” Louden said. “We’ve seen a surge in both new accounts and streaming hours since the coronavirus pandemic started to take hold in the U.S. and stay-at-home orders were issued. And in general, we think the economic situation that we’re in, and the situation itself, will accelerate the trend towards streaming in the long-run. I think we were relatively fortunate to have a mixture of positive and negative impact from the situation, versus many companies, [where] it’s all significant downside for them.”

Louden touched on a few more topics with TheWrap, including business adjustments the company will make in light of the pandemic. You can read the edited interview below.

Ad revenue was up big from the same time last year, but how much was ad revenue impacted towards the end of Q1 due to the pandemic?

We’re seeing continued growth in the ad business, albeit at a slower pace. We certainly saw in late Q1, in the mid-March timeframe, a spike in ad cancelations.

But, in general, we have two trends at play. One is, like everybody, we’re not immune to some advertisers pulling back on their budgets. But this is also causing some of the advertisers to reassess their budgets; they have money that’s freed up since the cancelation of large sporting events, such as the Olympics and NBA playoffs, so we’re seeing some partial offset from these cancelations related to people who are moving money over to Roku and OTT.

When it comes to device sales, did Roku notice anything change in customer habits? Were customers gravitating more towards cheaper players?

It might be a bit early to tell, and frankly we’ve made our streaming players very affordable. The most notable trend is we’ve seen a surge in new accounts — new accounts in April were up 70% year-over-year, driven by strong increase in player and Roku TV sales. As people stayed home, as people are more focused on watching their dollars, we anticipate the move to streaming will accelerate in terms of cord-cutting and people  understanding the value in streaming, via the low-cost Roku player or TV.

Late last year and early this year, we heard a lot about Roku’s international expansion plans into Europe and South America. What’s the biggest hurdle Roku faces going from a domestic market to South America, for instance?

International is one of our strategic investment areas, and we’re still committed to those. We’ve had some very good proof points in Q1: We launched TVs in Brazil, and those have done well. And we launched Roku TVs in the U.K., and they just got a 5/5 and platinum rating from T3. And then we recently announced The Roku Channel in the U.K.. We’ll continue to monitor international, certainly our specific timing of plans could be impacted by the situation in each country with COVID. But, in general, we think a lot of the same parts of our value proposition that have made us the leading streaming platform in the U.S. translate to the international markets.

Do you have to curtail investment in certain key areas in response to the pandemic? What are the changes you’ll have to make?

Our business model is three-phased: We need to continue to grow and scale, drive engagement, which we measure by active accounts and streaming hours. Monetize the platform is the third phase, and we measure that by ARPU. (Average Revenue Per User)

In the short term, like I said, we’ve seen acceleration and driving scale in terms of accounts, and engagement in terms of streaming hours — streaming hours are way up. Streaming hours in April were up 80% year-over-year. Those are, if anything, short-term trends that speak to our ability to further move along the whole world to streaming, potentially even quicker than without the situation.

The monetization side is the one where there is going to be short-term gives-and-takes. We have made some changes to slow the [operating expense] growth grate; we slowed down hiring a bit, and we also pushed out some [capital expense] projects for facility expansions that aren’t essential right now. So we are monitoring the pandemic, and we’ll adjust accordingly. But, yes, we are making some steps to slow the [operating expenses] growth. Like I said, we still think we’ll have substantial growth in revenue this year, albeit at maybe a slightly lower level than we had originally planned.