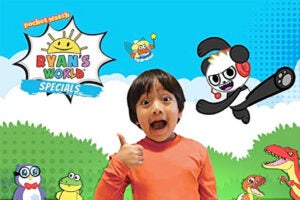 ”Consumers are turning to Roku now more than ever,“ Roku CEO Anthony Wood said on Monday

Roku is benefiting from people not being able to do much while under stay-at-home orders because of the coronavirus pandemic, with the company sharing on Monday afternoon its users watched 13.2 billion hours of content during Q1.

That’s an increase of 49% year-over-year, and about 1.5 billion hours more than viewers spent streaming content during Q4. Roku also said it pulled in 3 million more customers during the first quarter — beating analyst projections by about half a million people. On average, Roku’s active members watched 3.75 hours of content per day during Q1.

The company’s stock price, which had already jumped 4.5% during normal trading hours, increased 10% to $106 per share in after-hours trading.

“Consumers are turning to Roku now more than ever,” Roku CEO Anthony Wood said in a statement. “As the leading TV streaming platform in the U.S., Roku is proud to provide easy access to live news, free movies and TV, great paid content and helpful programming for individuals and families who are sheltering at home.”

Wood added that the company is working with advertisers to adjust plans, which have been affected nationwide by social distancing initiatives, saying he expects “some marketers to pause or reduce ad investments in the near term.”

Roku is best-known for its streaming devices, but the Los Gatos, California-based company has expanded its business in recent years; it now brings in more revenue by selling ads on its channels than it does by selling devices. It’s estimated that 1-in-3 smart TVs sold in the U.S. have Roku as the default streaming platform. The company closed 2019 with about 37 million active accounts.