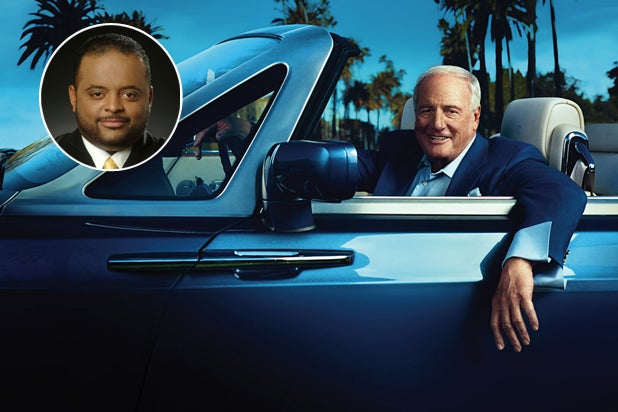 When I saw the tweet confirming that Hollywood movie producer Jerry Weintraub had died Monday at the age of 77, I dropped my head and said, “Damn. Now that was a good man.”

The news of Weintraub’s death was confirmed by the office of former President George H.W. Bush, who along with is wife, Barbara, were close friends with Weintraub for decades.

I wasn’t a Weintraub friend or best buddy. I didn’t know him well at all. We had lunch once and emailed periodically, but he impressed the hell out of me with his amazing ability to connect with people.

Four years ago, HBO debuted the documentary, “His Way,” which chronicled the amazing life of Weintraub, the producer behind the “Ocean’s” movie trilogy and a host of other TV and big screen projects, and a longtime concert promoter, working with legends like Frank Sinatra, Elvis Presley and John Denver.

Twitter Apr 11, 2011
rolandsmartin: How many of you caught the HBO documentary, His Way, the story of Hollywood heavyweight, Jerry Weintraub? This is hilarious!

Watching that documentary led me to read his book, “When I Stop Talking, You’ll Know I’m Dead: Useful Stories from a Persuasive Man,” written along with Rich Cohen. So on May 9, I bought a hard copy on Amazon.com, and waited for it to be delivered.

It was absolutely captivating! In the book, Weintraub weaves in these amazing stories of having to deal with the mob, wild and crazy fellow concert promoters, mercurial artists, unscrupulous business folks and the demands of Hollywood players. Anyone could learn numerous life lessons reading this book, especially when it comes to negotiating business deals and maximizing your potential.

Twitter Jun 10, 2011
rolandsmartin: 49 pages in and I am really digging Jerry Weintraub‘s When Stop Talking, You’ll Know I’m Dead. I gotta call someone so I can meet this guy!

So on June 13, I was on the Amtrak Acela to New York to do something for CNN and I finished the book. But I wasn’t just happy with that. In true Weintraub style, I said, “I have got to tell this guy how much I enjoyed the book.”

In “When I Stop Talking,” Weintraub talks about the Hollywood studio where he has an office on the lot, so I Googled it. When I call, a secretary answers the phone and says Jerry wasn’t in the office and often comes in a bit later. So I tell her who I was, why I was calling, and just left my number.

Did I have any expectation that he would ever call? No. But I just wanted to express my satisfaction with the book. Not even 30 minutes later, my cell rings and it’s a gravely voice, “Roland. Jerry Weintraub.”

I proceeded to tell him how much I really, really enjoyed the book and how I thought it should be required reading in every MBA program because of the common sense information he shared.

Then Jerry says, “Well, Roland, I would love to meet you the next time you’re in LA.” He then gives me his cell and home number, plus his email.

Now I’m really riding on cloud nine! It’s not as if I had not met big name folks before, but it was a trip just seeing how this was unfolding.

Twitter Jun 14, 2011
rolandsmartin: Called Jerry Weintraub on yesterday, & he just called me back! Great chat, & we’ll meet next month in LA. Just pick up the phone & do it! LOL http://fb.me/COoLZbLK

The next month I was in Los Angeles and sent Jerry an email telling him that I was coming. We agreed to meet at his favorite restaurant.

Twitter Jul 12, 2011
rolandsmartin: Remember I said I wanted to meet Hollywood legend Jerry Weintraub after watching the @HBO doc & reading his book? About to do lunch w/him!

I arrived before Jerry, but he already told the owner I was coming and had me seated at his favorite table in the corner. Now Jerry was so popular there the owner refused to ever let him pay. This was clearly Jerry’s joint.

Man, did we have a ball. I think this lunch must have gone on for at least two hours. We talked about my work, his work, movies, music, a deal he was working on with the YouTube and how Pat Riley called him to talk to LeBron James about becoming a better leader for the Miami Heat.

Jerry said that Riley figured he must have been a genius to get stars like George Clooney, Brad Pitt, Matt Damon, Julia Roberts, Don Cheadle and Bernie Mac to all work together, he would have some insight into getting James, Dwyane Wade, Chris Bosh and the other Heat players to gel in order to win an NBA title.

Suffice to say, I really hated to see the luncheon end. Jerry Weintraub was a standup guy in his book and in person.

Just wanted to again say thank you for lunch a few weeks ago. I had an absolute blast. If there is anything I can do for you, feel free to hit me up at any time. Be blessed!

The following year I was back in Los Angeles and was hosting one of my famous dinner parties at the home of actress Vanessa Bell Calloway. I can’t do lunch or dinner with everyone I know in the city of Angels, so we do a big dinner party so I can see everyone. So I decided to invite Jerry.

This is no drama. Come as you are and be prepared to have a great time fellowshipping with other friends. Please hit me back if you can or can’t make it. I look forward to seeing you!

Wish I could, just got a new knee yesterday out of commission

Sent from my iPhone

A year later on June 12, 2013, I was back in Los Angeles for the TV press critics tour announcement of my new daily morning show on TV One, and sent him another email about getting together, but he was busy.

On Sept. 25, 2013, I was watching The History Channel’s docuseries, “The Men Who Built America,” and Jerry was interviewed. So I dropped him this note:

“You don’t want to negotiate with me.”

Good to see you in the film. I LOVE this miniseries. Love it.

Hope all is well and your health is great!

On Jan. 12, 2014, Jerry won a Golden Globe for producing his HBO movie on Liberace, “Behind the Candelabra.” So I dropped him a note and he responded:

Hope all is well. I was telling my TV crew today about how awesome your book and documentary was, so I decided to watch it again!

Hope you are fully recovered from your surgery. When I’m back in LA hope to hook up. If you’re ever in DC, drop me a line!

Look forward to seeing you.

A couple of other times I called Jerry just to say hello, and we had a quick, but nice conversation.

The last time we communicated was in April of this year. I sent this on April 10:

Watching “Sinatra: All Or Nothing At All”on HBO. They showed Ocean’s 11 and I thought of you!

That MSG show in the boxing ring still cracks me up.

Hope you are healthy and doing well. Hope to see you when I’m in LA next.

Jerry replied the next day:

Thanks great to hear from you

Sent from my iPhone

We only met one time face-to-face, but it was one memorable lunch. Folks, people like Jerry Weintraub don’t come around a lot. He could have easily played the Hollywood big shot and blew me off, never returning my call. But watching his doc and reading his book, I knew that’s not the kind of guy he was.

I hope anyone reading this would learn that its fine to be busy, but understand taking just a little bit of time in your life could create a lasting memory.

As the title of his book says, Jerry is no longer talking but he must be dead. But boy, oh, boy, I will always hear his gravely, lazy voice. And the killer stories he had to tell.

View In Gallery
BIO Roland S. Martin
Author and journalist, Martin is the host and managing editor of TV One's "News One Now," the first daily morning news program in history to focus on news and analysis of politics, entertainment, sports, and culture from an explicitly African American perspective. "News One Now" airs weekdays on TV One at 9 A.M. ET. 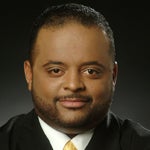 Author and journalist, Martin is the host and managing editor of TV One's "News One Now," the first daily morning news program in history to focus on news and analysis of politics, entertainment, sports, and culture from an explicitly African American perspective. "News One Now" airs weekdays on TV One at 9 A.M. ET.