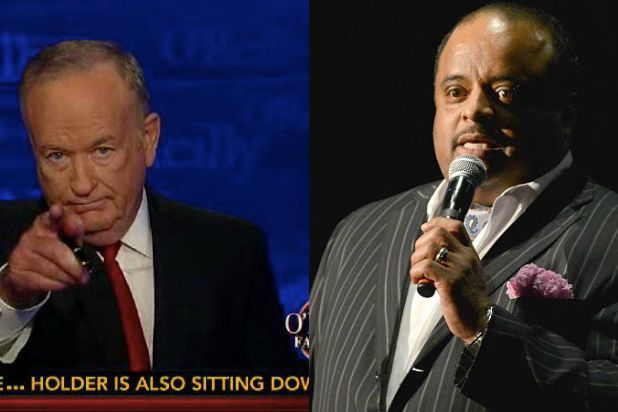 TV One host Roland Martin isn’t having Bill O’Reilly‘s crusade against the Black Lives Matter movement and took the Fox News star to task on Wednesday for his repeated attacks on the group.

“I don’t recall you Bill O’Reilly ever saying that you’re going to take out police brutality… but all of a sudden you want to take out the Black Lives Matter movement because you don’t like the fact that they’re out there protesting,” Martin said on TV One.

O’Reilly has been on a one-man offensive against the movement, going as far as to say he’s going to put the protesters “out of business.”

Martin challenged O’Reilly to pick up the phone and call him to appear on his Fox News show: “I’ll be there, anytime, any day.”

He concluded that until O’Reilly focuses as much on police brutality against black people as he does on violence against police, he should “shut the hell up.”

Those are some fighting words.