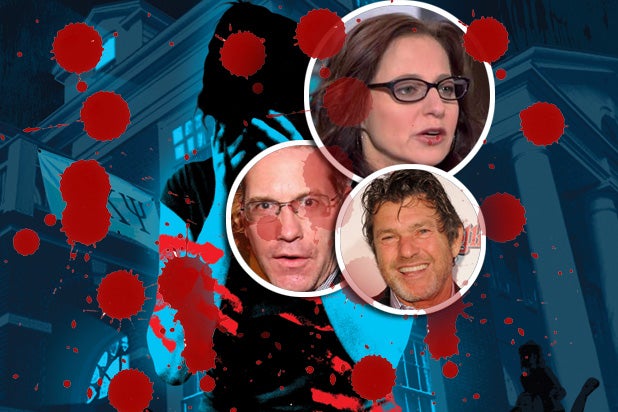 The co-authors of the Columbia Journalism School review of the Rolling Stone campus rape story spoke to the press Monday, answering a variety of questions about their 12,8666-word scathing review of the magazine’s erroneous report.

“We’re not the DA’s office, we’re not a special prosecutor,” lead author Steve Coll said. He refused to answer whether the editors and reporter involved with the story should be fired.

His colleague and co-author, Sheila Coroner, acknowledged that Rolling Stone Managing Editor Will Dana was fairly removed from the editing process.

Coroner also said Erdely had a bias going into the story and that several people the authors spoke to who had spoken to Erdely said the same thing.

She also acknowledged the story might have a negative effect on sexual assault victims’ willingness to come forward and report their abuse.

Coll said placing so much of the story on a single source is “bad practice” and that it was wrong for Rolling Stone to come out initially in its editor’s note and essentially place blame in the victim. He also commented on the fact-checker who voiced concerns about Rubin Erdely not reaching out to Jackie’s three friends, but ultimately being told by her boss that the editors were “above my pay grade” and they were Ok with it.

Fact-checkers should have the same seat at the table as editors, Coll said, suggesting the fact-checker was dismissed too easily in this process.

The co-authors both said Rubin Erdely was fully cooperative in their investigation, and said she worked hard on this story even though she is not a full-time employee with Rolling Stone.

On the decision by Rolling Stone to have the review process done externally, Coll said the magazine “didn’t have the capacity to do this review in-house,” so they opted to go the external review.