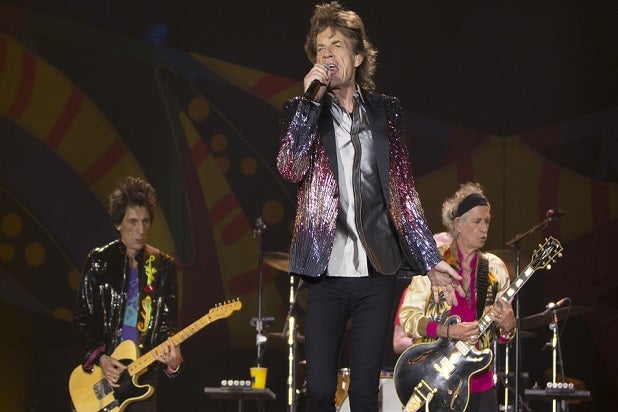 The Rolling Stones have three words for Donald Trump when it comes to using their song “Start Me Up”: Shut it down.

The group ripped into the GOP presidential candidate on Wednesday after Trump’s campaign played the tune at a campaign event on Tuesday.

In a statement, the group made it abundantly clear that it doesn’t want to serve as the soundtrack to Trump’s bid for the presidency.

“The Rolling Stones have never given permission to the Trump campaign to use their songs and have requested that they cease all use immediately,” a spokesperson for the Stones told TheWrap.

This wouldn’t be the first musical act to take exception to its music being used by a politician. It wouldn’t even be the first time for the Trump campaign. Last year, Neil Young ripped into Trump for using his “Rockin’ in the Free World” without permission.

“Donald Trump was not authorized to use ‘Rockin’ in The Free World’ in his presidential candidacy announcement,” Young’s management company made clear at the time.

After her fans became upset to learn that Trump was regularly playing Adele’s “Rolling in the Deep” and “Skyfall” during campaign events, a spokesperson for the singer told the U.K.’s Independent that she “has not given permission for her music to be used for any political campaigning.”

Aerosmith frontman Steven Tyler‘s attorney also sent Trump a cease and desist letter over the campaign’s use of “Dream On.”

A spokesman for the Trump campaign has not yet responded to TheWrap’s request for comment.