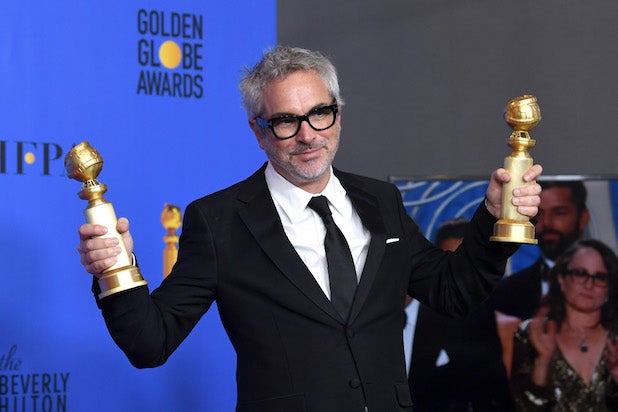 WME announced Tuesday that Alfonso Cuarón, the Oscar-winning director of “Roma,” has signed with the agency.

Cuarón is a four-time Oscar winner, including twice for his 2018 drama “Roma,” which was released on Netflix and was also nominated for Best Picture at the 2019 Oscars. He also won the Best Director prize for his previous film, “Gravity,” and has a Best Cinematography Oscar for “Roma” and a Best Film Editing Oscar for “Gravity.” He’s also the director of “Children of Men,” “Harry Potter and the Prisoner of Azkaban” and “Y Tu Mamá También.”

Cuarón was one of the more than 750 screenwriters and showrunners who in March signed a letter saying they backed the Writers Guild of America in its battle against and the Association of Talent Agents over packaging fees and conflicts of interest.

“We are voting YES to support Guild implementation of an Agency Code of Conduct after the current AMBA expires on April 6th, if there is no negotiated settlement,” read the letter. “We agree a new agency agreement should 1) Confront practices that constitute a conflict of interest: agency packaging fees and agencies functioning as producers and 2) Require the agencies to work with the Guild to protect writers’ interests by providing writer contracts, invoices and other information.”