Romy Walthall, an actress who appeared in John Woo’s ’90s action film “Face/Off” and in movies such as “The House of Usher” and “Camp Nowhere,” has died. She was 57.

Walthall died on May 19 of cardiac arrest. Her son, actor Morgan Krantz, shared the news of his mother’s passing in a social media post on May 27. 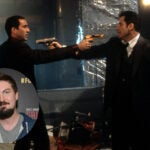 “She was everything at once. She was my first love. My best friend at times and my sworn adversary at others. She was the most beautiful woman I’ve ever seen and she was wicked and fun and light and dark and she possessed the kind of magic that you truly just don’t see,” she wrote. “I’m terrified of the world without her (how drab!) but so excited for wherever she’s heading next. They’d better gird their loins! All she ever wanted was for me to live my dreams and I think it’s no coincidence that she left earth once she knew I was finally safe and happy.”

Romy Walthall, who also worked under the name Romy Windsor, was born in Pasadena, Texas and was discovered by a modeling agency when she was 17. She later moved to Los Angeles and landed a role in 1984’s “Thief of Hearts,” which was a thriller produced by Jerry Bruckheimer and Don Simpson. She followed that up with the TV movie “A Bunny’s Tale,” in which Kirstie Alley played Gloria Steinem going undercover to investigate the conditions that Playboy bunnies worked under. 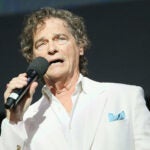 Walthall also had a number of other TV roles, including guest appearances in shows such as “Matlock,” “Man of the People,” “Civil Wars,” “Dragnet,” “8 Simple Rules,” “L.A. Law” and “The X-Files.”