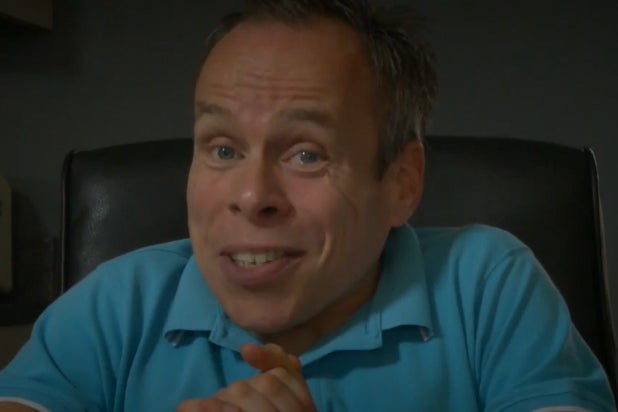 Ron Howard, the new director for the untitled Han Solo “Star Wars” anthology film, confirmed on Twitter Wednesday that series stalwart Warwick Davis will be appearing in the movie.

The confirmation came in response to a question on Twitter asking Howard whether he’d do a sequel to his 1988 fantasy film “Willow,” which Davis starred in. Howard responded by saying that he had just directed Davis for the first time since that project.

Glad you are asking for one! I directed @WarwickADavis for the 1st time in 30 years today. It made me happy https://t.co/yW8E19MPCn

This won’t come as much of a surprise, as Davis has already hinted at his involvement in the film.

On April 18, when the film was still being directed by Phil Lord and Chris Miller before their departure last month, Davis filmed a fundraiser video for Omaze on the set of the Han Solo movie at Pinewood Studios in London, offering the winner of a charity raffle the chance to meet the stars on set.

Two weeks later, as part of the annual May 4 celebration often held by “Star Wars” fans, Davis sent out a tweet noting that he was spending the day at Pinewood Studios again.

Happy #StarWarsDay! May the 4th be with you! Today, I have the privilege of actually being in that galaxy far, far away at Pinewood Studios. pic.twitter.com/OIm8qTnUKi

Davis has been a mainstay in the “Star Wars” universe since playing the famous Ewok Wicket in “Return of the Jedi” in 1983. He has also played several characters in “The Phantom Menace,” “The Force Awakens,” and “Rogue One.”

It was also announced Wednesday that John Powell, composer for DreamWorks Animation films like “Shrek” and “How to Train Your Dragon,” will provide the score for the film. Powell received an Oscar nomination for his work on “HTTYD” in 2010.