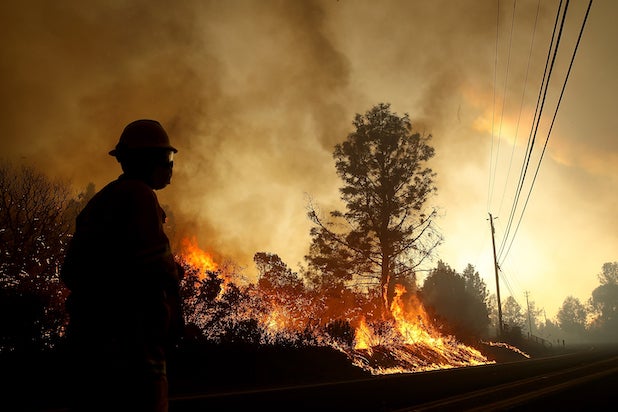 National Geographic Documentary Films have commissioned Ron Howard to direct a documentary about the Camp wildfire that ravaged Paradise, California, back in November, the company announced Thursday.

Howard will direct “Rebuilding Paradise,” which will track the effort to restore the community of Paradise in the Sierra Nevada foothills following the fire that killed at least 48 people, scorching 153,000 acres, demolishing over 14,000 homes and displacing over 50,000 people and was the worst wildfire to hit the state in over a century. The film will follow over the course of a full year the refugees who were displaced, the first responders and the volunteers leading the restoration.

Brian Grazer is producing on behalf of Imagine Documentaries.

Howard originally discussed the idea of the documentary back in December 2018 shortly after he visited Paradise, where his mother-in-law previously lived 20 years earlier.

“It’s everything that I thought it would be. Nonetheless, you have to see it to really believe it,” he said in an interview with the Paradise Post. “And you have to talk to the people to really feel the level of both the inspiration and, also, the struggle.”

“The people of Paradise lost everything in the blink of an eye,” Howard in a statement. “The way in which the citizens are coming together to rebuild is beautiful and hopeful — but no one should have to live through this. Theirs is a cautionary tale about the impending effects of climate change and what it takes to restore the communities ravaged by it. Paradise could be any of us.”

Nat Geo Documentary Films is behind the Oscar nominated “Free Solo,” about mountain climber Alex Honnold. Howard is also at work on a documentary on the life of opera singer Luciano Pavarotti.