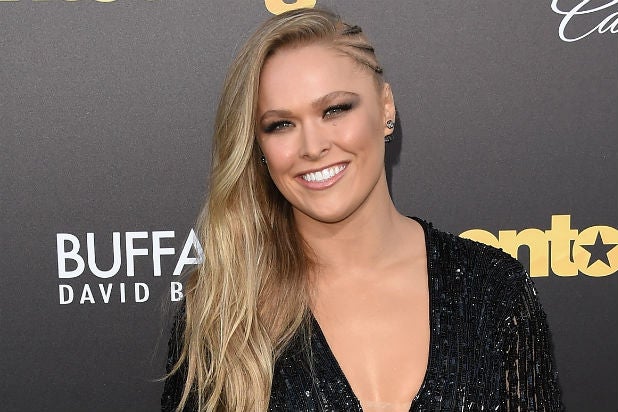 Ronda Rousey is making history again, this time as the first woman to be inducted into the UFC Hall of Fame.

The organization behind the Ultimate Fighting Championship announced the decision on Saturday, noting that Rousey had a record six straight title defenses of her women’s bantamweight belt from 2013-2015.

“This is an immense honor, to not only take part in bringing women to the forefront of this sport, but now the UFC Hall of Fame,” Rousey said in a statement. “May I be the first of many.”

A veteran of 14 professional fights during her five-year career, Rousey compiled an overall record of 12-2, setting numerous records.

Rousey, who left the UFC after back-to-back losses in 2015 and 2016, joined the WWE earlier this year and is set to face off against RAW women’s champion Nia Jax next Sunday.

The 2018 UFC Hall of Fame induction ceremony is set for July 5 at the Palms Casino Resort in Las Vegas.

“There would be no women in UFC without Ronda Rousey,” UFC President Dana White said. “Ronda is an absolute pioneer who helped me personally, and a lot of other people, look at women in combat sports differently. She accomplished everything she set out to do with UFC and became a global icon and role model in the process.

“Today, the women’s divisions are packed with incredibly talented fighters and they produce some of the best fights you’ll ever see,” White added. “We’re proud to announce Ronda as the first woman to be inducted into the UFC Hall of Fame.”