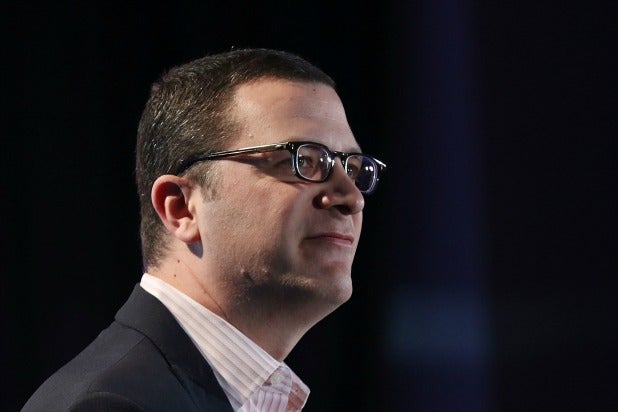 Rooster Teeth, a subsidiary of WarnerMedia’s Otter Media, has revamped its leadership on Tuesday afternoon, with the company adding former AwesomenessTV CEO Jordan Levin as its new general manager.

Levin, who ran AwesomenessTV from mid-2017 until it was purchased by Viacom in July 2018, will lead Rooster Teeth’s entire business and effectively takes over for co-founder and CEO Matt Hullum. Levin will report directly to Tom Pickett, who oversees Rooster Teeth as well as other Otter Media’s consumer brands like Crunchyroll and VRV.

Hullum will move from CEO into the newly created role of Chief Content Officer, where he’ll work closely with Levin. Tuesday’s announcement was made during an all-hands meeting.

“Over the past sixteen years, Matt, Burnie, Geoff and Gus have built a world class entertainment company amidst a turbulent marketplace engaging a fervent community of fans through a diverse portfolio of successful, entrepreneurial businesses,” Levin said in a statement. “I’m fortunate to have gotten to know them over the years and thrilled for the opportunity to join them going forward to lead this unique media brand with the full support of my friends at WarnerMedia. I’m grateful to be returning to both Austin, which has been my family’s second home, as well as the WarnerMedia family, to realize Rooster Teeth’s ambitions of producing more content in more places to reach and expand its community wherever they are and will be.”

Prior to his run at AweomenessTV, Levin served as the NFL’s Chief Content Officer and CEO of The WB (now The CW), where he helped guide several shows to the air, including “Buffy the Vampire Slayer” and “Dawson’s Creek.”

Hullum added in a statement that leading Rooster Teeth has been “one of the greatest privileges” of his life.

“Despite an ever-changing industry and an ongoing series of acquisitions and integrations, we managed to grow the company to more than ten times the size it was when I began as CEO just over 7 years ago,” he continued. “It’s been an incredible ride, and now I’m beyond excited to be returning to the creative work that inspired me to want to co-found Rooster Teeth in the first place.”

The shakeup comes a few weeks after Rooster Teeth laid off approximately 13% of its staff, or about 50 employees,

The Austin, Texas-based company launched in 2003 and was bought by Fullscreen in 2014. It soon moved to Otter Media soon after; Rooster Media then ended up under the WarnerMedia umbrella last year, following AT&T’s acquisition of Chernin Media’ share of Otter Media.

Rooster Teeth promoted a few employees as part of its changes: Luis Medina will run operations and strategic partnerships for its direct-to-consumer digital brands; Doreen Copeland will serve as VP, Head of Production Operations; and Barbara Dunkelman will serve as Creative Director for the company’s comedic content.